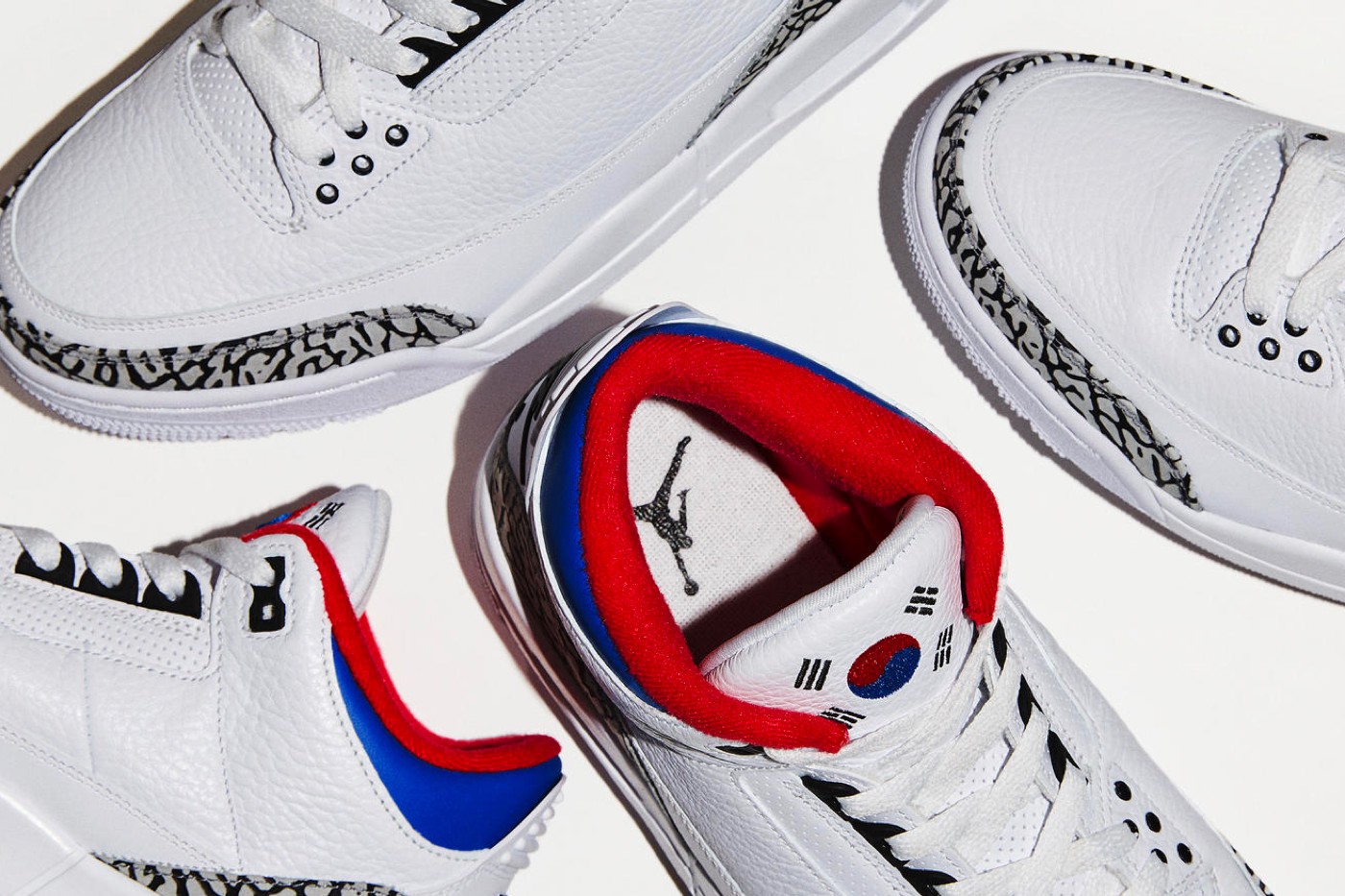 The 2022 FIFA World Cup is literally just around the corner!

The 2022 FIFA World Cup is literally just around the corner. Held in Qatar this year, the world is about to go football crazy when the international competition kicks off on November 18th. To celebrate the Beautiful Game, we've picked sneakers that represent some of our favorite teams. We know that 32 squads will be playing, but to keep things simple and sweet we've hand selected ten pairs that you can buy right now at Ox Street. If you think of any other colorways that should have been on this list, make sure to let us know over on Instagram, and don't forget to follow us as well for the best content that the Asian sneaker community has to offer!

It's a little known fact that the legendary Air Presto made its official debut during the Olympic Games in Sydney back in 2000. Spotted on the feet of Team Aussie over two decades ago, the Nike Air Presto "Australia" miraculously made a comeback in 2020 in its original shape, structure, and colorway, making it the perfect sneaker to represent the Australian soccer team this World Cup.

Just like how you can't talk about the World Cup without mentioning Brazil, you can't talk about Dunks without bringing up the Nike Dunk Low SP "Brazil." Originally released back in 2001, this green and yellow colorway beautifully replicates the country's 27-star flag. If you didn't secure a pair back in the day, don't worry, as this special edition colorway was brought back twenty years later and is available now at Ox Street.

Even though not many people know how to pronounce JJJJound, that hasn't stopped it from becoming one of the most hyped brands in the sneaker world. Based in Canada, the Justin Saunders-helmed label has shot up to superstardom over the past few years, and that's thanks to collaborations such as the JJJJound x ASICS GEL-Kayano 14 "Silver" seen here.

There's nothing else as quintessentially British as harris tweed, and the New Balance Made in England 991 "Harris Tweed" is dressed from heel to toe in it, making it the perfect sneaker to represent the English soccer team. Crafted from a vast selection of premium materials, you'll also find a bunch of 3M reflective accents as well so you can flex even in low light conditions.

Last year, Ronnie Fieg opened the doors to his French flagship store, and to celebrate this momentous occasion, he also dropped the Kith x Nike Air Force 1 Low "Paris." Painted in the European country's Tricolor color scheme, the inside has been done up in a supple velour material that's soft and smooth to the touch, and the Air midsole is dipped in a creamy hue for a very vintage vibe.

For almost one hundred years, adidas has been leading the charge when it comes to sportswear and sneakers. Based in Herzogenaurach, the German giant has released thousands and thousands of pairs over the past century, but if we had to select one that has made the most impact on contemporary culture it would probably be the adidas NMD R1 OG "Core Black." A silhouette that redefined the industry, sneakerheads were paying crazy amounts for these back in the day.

If you've ever visited Japan, you'd know that that country's subway system is among the best in the world, and the atmos x ASICS GEL-Lyte 3 OG "Tokyo Subway" pays homage to this. Featuring a clean white leather base, a multicolored map runs across the entire upper to represent the many lines of the chikatetsu. From Ginza to Shinjuku, you definitely won't get lost in Japan with a pair of these.

To celebrate National Hispanic Heritage Month, Nike released the Nike Dunk High "Somos Familia." A special edition colorway that celebrates the contributions and influence of Hispanic people, it's been fitted with various luxurious materials and decorated with traditional patterning throughout. This is the ultimate shoe to represent Mexico's legendary football team.

If you ask any sneakerhead what the most iconic Air Jordan 3 in history is, there's a high chance that they'll mention the Air Jordan 3 Retro "Seoul." Celebrating Michael Jordan's slam dunk contest victory in 1988 and the 30th anniversary of the Olympic Games in Seoul, this pair was made in collaboration with Tinker Hatfield and Dan Sunwoo and takes inspiration from the Taegukgi flag.

And last but not least, we have the Off-White x Air Jordan 1 High OG "Chicago" to represent Team USA. Made by an American company in collaboration with an American fashion designer and painted in the colors of the American flag, this is, without a doubt, one of the most iconic sneakers of all time. The pair that kicked off 2017's legendary "THE TEN" collection, it's still regarded by many to be the holy grail even five years later.