A Complete Guide to the Techwear Aesthetic 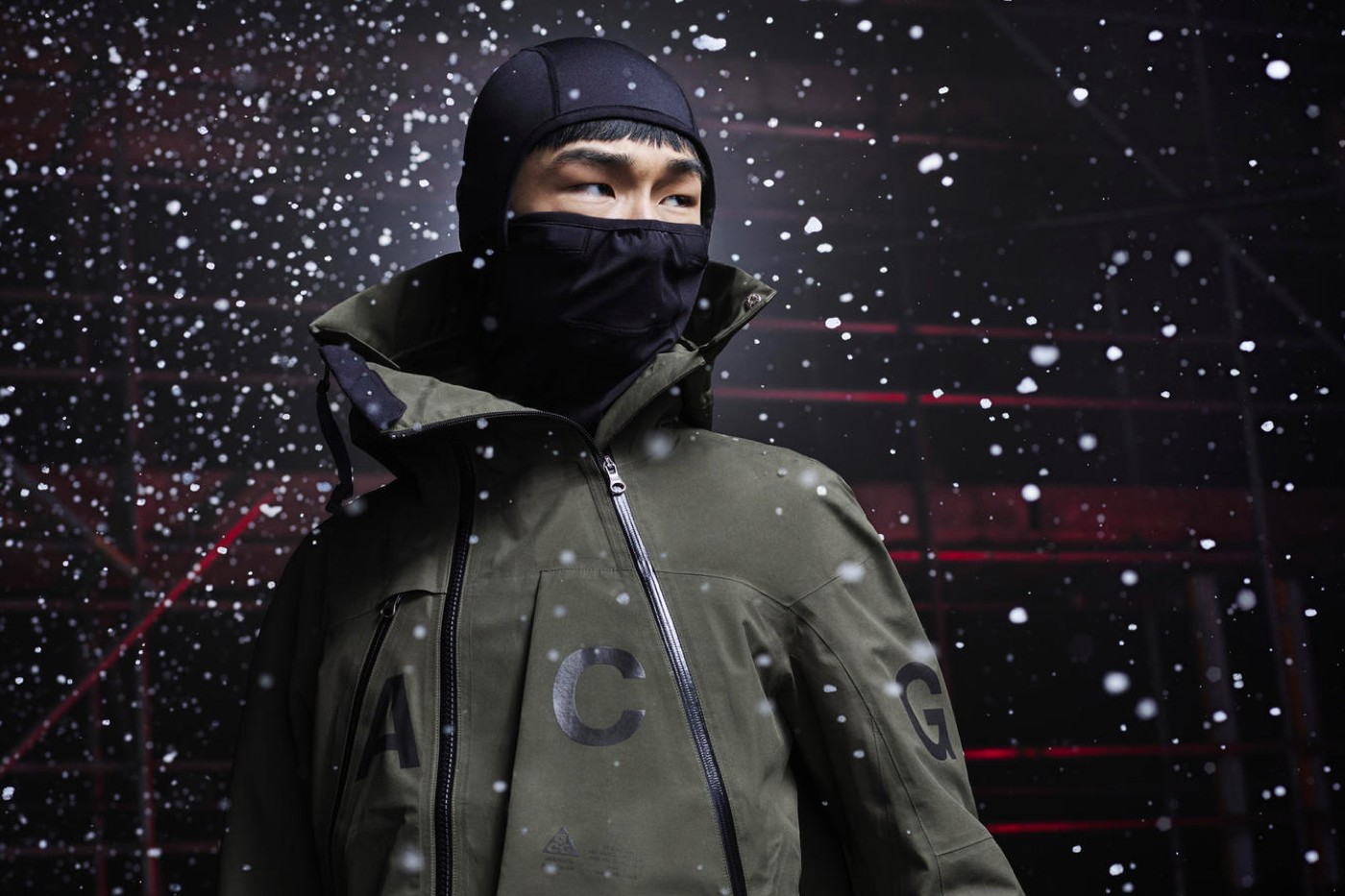 An ever-evolving aesthetic that will no doubt make a major comeback very soon.

Unless you've been living under a rock for the past few years, you've probably heard of the techwear aesthetic. Short for "technical wear," the trend has been quite prominent here in Asia especially in Japanese and South Korean markets. While it certainly isn't as popular as it once was, especially with the rise of the normcore and other streetwear fads, it's still worth getting a deeper understanding of techwear's origins, as well as where the style is headed next. An ever-evolving aesthetic that will no doubt make a major comeback very soon, follow Ox Street as we take you through everything that you need to know.

What is the Techwear Aesthetic?

While it's unclear when or where the techwear aesthetic was invented, it was first seen as early as 2006 and 2007 with heavy inspiration taken from the niche cyberpunk style. Surrounding the idea of creating highly-functional outfits and infusing it with a vast selection of technical materials, pieces are painted mostly in black, silver, or military-inspired colorways. However, traditional techwear clothing ensembles also allowed for a single neon pop of color as a nod to the hustle and bustle of futuristic metropolises.

Between 2010 and 2011, popularity surrounding the aesthetic started to die down as more and more streetwear fans geared more towards an Americana-influenced vibe. Varsity jackets and preppy college-style sweaters and shirts started to become more mainstream. The early '00s skater style was also making a comeback around this era, which on paper is the exact opposite of what techwear stood for. While techwear fashion placed an emphasis on stealthy apparel that could be worn by explorers of both concrete jungles and actual jungles, skatewear was largely oversized and loose and painted in vibrant multi-colored schemes.

With that said, around the start of 2014, style icons such as Errolson Hugh and Yohji Yamamoto brought everything back. Brands like Nike ACG, Stone Island, and indeed, White Mountaineering, single handedly made the techwear aesthetic cool again. Fashionistas in Malaysia, Singapore, and the Philippines, were among the first to re-adopt these futuristic fits, and the rest is history.

Is Techwear a Trend?

The fashion industry is unique in that its collections are based off seasonal trends. Just like everything that struts down the runways of every major fashion week, techwear is a trend that ebbs and flows depending on hype. Over the past few years, labels like and wander, System A, and The North Face have adjusted their releases depending on how popular the techwear aesthetic is at the the time. Of course, we can't talk about techwear fashion without mentioning its close cousin, gorpcore, which is a style trend that is more popular than ever thanks to companies like Arc'teryx, Patagonia, and Salomon.

How to Wear Techwear Outfits

The coolest thing about the techwear aesthetic is that you can mix and match apparel and accessories to make it custom to you. Traditionally speaking, however, each outfit consists of five elements that we'll run through today. Firstly, you need a top that is lightweight and not too warm, as you'll be layering on it. We recommend that you opt for something with long sleeves for additional comfort. You'll also need an outer layer that could be anything from a softshell jacket to a hardshell coat. There are thousands to choose from from hundreds of brands, but make sure you go for something with waterproof technologies such a Cordura or Gore-Tex.

Shifting your focus down below, get some pants which have more pockets that you can ever imagine. From pockets that are small enough to store your change to massive ones that can hold full novels, the more the better. It would be useful if these were fastened with Velcro or zips, as the idea behind these futuristic fits is that you can run around the city with ease, without compromising on functionality and utility. Just in case you didn't have enough space to store things, the fourth thing that you definitely need are carrying options such as a backpack or a messenger bag. These should be easily adjustable and should be worn quite snugly to your body so they don't swing around while you're dodging traffic and racing up the stairs.

Lastly, and probably one of the most important elements, is what's on your feet. Ox Street have already covered the 5 sneakers to go with your cyberpunk techwear outfit, but to reiterate, these should be sleek and streamlined and colored in a monochromatic palette. While there is no specific brand that we would recommend, make sure your techwear shoes are crafted from a mesh or knit material. If you can, Gore-Tex-infused sneakers should also be considered.

What Are the Best Techwear Sneakers?

There's no doubt in anyone's mind that the Yeezy Boost 350 V2 "Black" is one of the best Kanye West x adidas sneakers ever made. Even though Ye's partnership with the Three Stripes is officially over, this is still a must-own for any techwear outfit. With an all-black Primeknit upper and monofilament mesh base across the lateral side, you'll also find 3M-infused rope laces that tie everything together, and a pull tab around the heel that's accented with red stitching for a look that is sure to turn heads.

There's no doubt that Pharrell Williams' Human Race line of sneakers will go down in the history books as one of the most iconic collections ever. Spotted here in a "Triple Black" outfit, the upper of the Pharrell Williams x adidas NMD Hu "Black" is crafted from a sock-like Primeknit while a unique caging system works in tandem with the laces for a head-turning aesthetic. You'll also find Chinese characters that have been finely embroidered across the vamp for that classic Skateboard P aesthetic.

Inspired by the mosquito nets that we're all a bit too familiar with, the BEAMS x ASICS GEL-Kayano 14 "Mosquito Net" has got to be one of the most unique and best techwear shoes out there. Taking on the Japanese sportswear brand's legendary GEL-Kayano 14, it's been equipped with a net that extends all the way above the ankle and locked down with a rollercoaster buckle. You won't find another sneaker quite like this one.

If you're searching for a no-nonsense sneaker to add to your techwear clothing fits, look no further than the adidas Ultra 4D "Triple Black." Painted in a stealthy all-black color scheme, the Primeknit upper offers optimum ventilation, while the unique midfoot cage and heel counter offer support and structure that make these perfect for all day wear. All of this is coupled with a 3M-printed midsole underfoot that may just be the future of footwear.

Of course, you can't talk about techwear sneakers without mentioning the New Balance 2002R Gore-Tex "Magnet Grey." One of the newest sneakers on this list, it features the Boston brand's signature buttery suede construction but has been with infused with Gore-Tex technology for water resistance. This all sits on top of an ultra comfortable N-ERGY midsole that make these the ultimate everyday runner.

There are so many Nike techwear shoes that fall in line with the techwear aesthetic. These are the best pairs available at Ox Street right now.

Chitose Abe goes full stealth mode with the sacai x Nike VaporWaffle "Black Gum." One of the most popular Nike techwear shoes in recent memory, not only is it outfitted with waterproof nylon, you still get a dash of leather and suede throughout for a premium look and feel. Of course, it wouldn't be a sneaker from the Japanese designer without the deconstructed details throughout, including the two Swooshes, tongues, heels, and midsoles, which are finished off with a healthy dose of gum rubber.

While Virgil Abloh is sadly no longer with us, his legacy continues to live on through sneakers like the Off-White x Nike Air VaporMax "Black." Released as part of the original "THE TEN" collection which completely transformed the sneaker game as we knew it, this is still one of the most futuristic sneakers that we've ever seen even half a decade later. If you can only cop one pair of Nike techwear shoes, this could just be it.

The Nike ISPA Road Warrior "Clear Jade" will forever be known as the sneaker that made Kanye West want to jump back to Team Swoosh. Unlike anything that we've seen before, this is one of the most futuristic sneakers the techwear fashion world has ever seen. With a knit upper and double stacked Zoom Air midsole, the Road Warrior also boasts a tabi-style toebox which nods back to traditional Japanese footwear.

As mentioned before, Errolson Hugh's ACRONYM imprint brought the techwear aesthetic back into the spotlight, and it's thanks to sneakers like the ACRONYM x Nike Air Presto Mid "Black." With oversized pull tabs, rugged zips, and a monochromatic color palette, this ticks all the boxes when it comes to the best techwear shoes on the market. A lot of the upper has also been infused with reflective accents so you can flex both in the day and in the night.

And last but not least, we have Jun Takahashi's UNDERCOVER x Nike OverBreak SP "Black" which debuted the OverBreak silhouette in 2021. With a suede and mesh upper and an extra chunky React foam midsole underfoot, not only does this look insanely cool it's also extremely comfortable as well. As if that wasn't enough, the Japanese designer has added a delicate red rose motif on the Swoosh, finalizing the Nike techwear shoe's design.

What's there not to love about the techwear aesthetic? The perfect fusion of form and function, the futuristic trend started to gain prominence around 2006, and after a brief hiatus it's now back and more popular than ever. Have you ever worn any techwear clothing? Do you have any techwear shoes in your collection? If so, make sure to show us on Ox Street's official Instagram page and follow us as well for the best content that the Asian sneaker community has to offer!