The History of Air Jordan 3 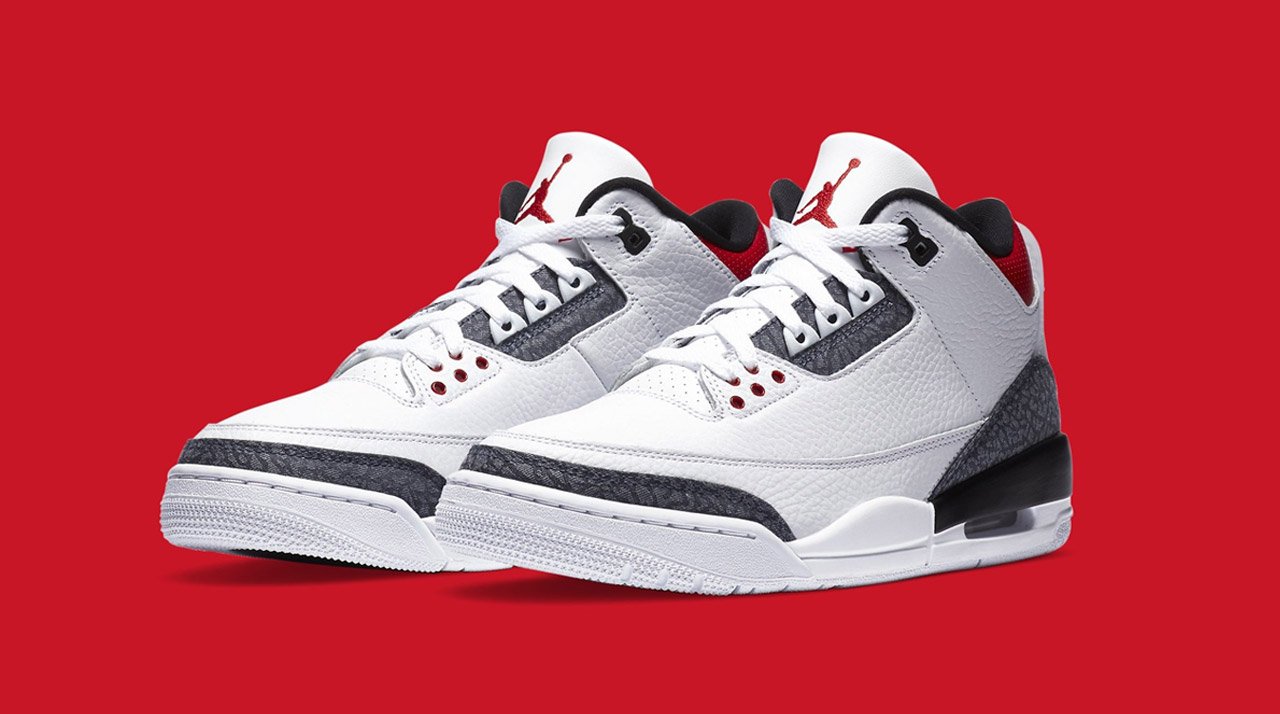 The Air Jordan 3 is the go-to mid-cut choice and the first Jordans designed by Tinker Hatfield. The Air Jordan 3 signified the start of an era for the Jordan brand, Ox Street takes a look at its history and some of its top colorways.

There is just something timeless about the Air Jordan 3 that makes it the go-to choice for those looking for something mid-cut. These legendary kicks are the first Jordans designed by world-famous sneaker designer Tinker Hatfield. The Air Jordan 3 signified the start of an era for the Jordan brand, Ox Street takes a look at its history and some of its top colorways.

The Air Jordan 3 was created in 1988, during a time of transition between the retro and the modern, as seen in its design elements with its exposed air bubble design showcasing the Nike Air Unit, self-lacing system, and chunkier silhouette. They were the first Jordans to feature the Jumpman logo on the tongue, which has now become an icon in pop culture, making them extremely significant in Jordan history.

Following its predecessor, the sneaker did away with the large Swoosh on the side and opted for the Nike Air logo on its heel instead. But one of the features that really made these shoes so iconic was its gray elephant hide-like print found on its uppers. The Air Jordan 3 retailed with a $100 price tag, which was pretty hefty for its time. But it was worth the price and certainly lived up to its hype.

So what was the story behind how its design came about? Peter Moore, the designer of the first two Air Jordan silhouettes, and the Nike marketing VP Rob Strasser both left the company to start their own brand Van Grack back in 1987. This massively slowed down the Air Jordan 3 production timeline during a sensitive time when Jordan was at crossroads with Nike as his contract was coming up for renewal and he was courted by Moore and Strasser to join them. This was when Tinker Hatfield came into the picture with the Air Jordan 3, the sneaker that saved the Jordan Brand.

Hatfield was then a  young designer from the University of Oregon and an architecture major. He already designed a couple of popular hits like the Air Max 1 and the Air Trainer 1, so it was only fitting that he took on the Air Jordan 3. Dedicated to his craft, Hatfield wanted to create a sneaker that was built for athletes based on what they wanted. He even spoke to Jordan himself and asked what he was looking for in a shoe, which was something mid-cut, durable, and comfortable with soft leather. And Hatfield delivered.

Sporting his very own logo inspired by a famous 1984 image of Jordan himself jumping in mid-air for a dunk prominently on the front and center of the shoes, Jordan loved the Air Jordan 3 and renewed his contract with Nike. Besides the logo, its mid-cut design in soft full-grain leather and the exotic-looking yet sophisticated elephant print accents on the toe-cap and heel-accent in a well-balanced colorway was exactly what he was looking for.

Besides aesthetics, these shoes were also built for performance. Its mid-cut design delivers greater flexibility than high-tops but more stability than low-tops, protecting the ankle. It built on the strengths of its predecessors the Air Jordan 1 and Air Jordan 2, and Michael Jordan earned himself several awards during the 1987-88 NBA season donning these kicks including NBA All-Star, NBA All-Star Game MVP and NBA Scoring Champion. He was spotted wearing the ‘White Cement’ as early as November 1987.

The marketing campaign for the Air Jordan 3 was a notable success as well, and has to be included in this writeup of the shoe’s history. The commercials featured a young Spike Lee as Mars Blackmon, who was a nerdy, sneakerhead character in the 1986 movie She’s Gotta Have It. He continued to be in Jordan ads for four years on TV and print ads with catchphrases like “It’s gotta be the shoes” which made them widely successful. Coupled with Jordan wearing them during a stellar performance at the All-Star Weekend, they became simply iconic and widespread success.

The OG colorways that were released in January 1988 were the “White Cement”, “Black Cement”, “Fire Red” and “True Blue”. After sporting the black version only during the All-Star Game where he bagged MVP, he wore the white version for the rest of the season. He then moved on to the “Fire Red” colorway for the 1988 Playoffs and the early part of the 1988-89 season. However, he did not wear the fourth colorway until an NBA game in 2001 where he wore a retro version except during a 1988 NBA All-Stars vs. Team USA exhibition game.

After the OG colorways, there were also several notable ones that followed after over the years. The Atmos x Air Jordan 3 Retro 'Safari' was a released as a special edition to celebrate Air Max Day in 2017, as it borrows design elements from the classic atmos Air Max 1 ‘Safari’ 2002.

It's no doubt that the Air Jordan 3 is touted as one of the best sneakers in sneaker history, be it in terms of design or rich history it has got it all. Had Hatfield not come up with it, MJ might have left Nike back then and the Jordan brand would not be what we know it as today. The AJ3 has continued to inspire and influence the design and aesthetics of many other sneakers to come from the Jordan brand and others brands as well. Having been retroed many times, it is a testament to just how popular these kicks are and will continue to be loved by many for years to come.