The Architects And Designers Behind Your Favourite Sneaker Classics 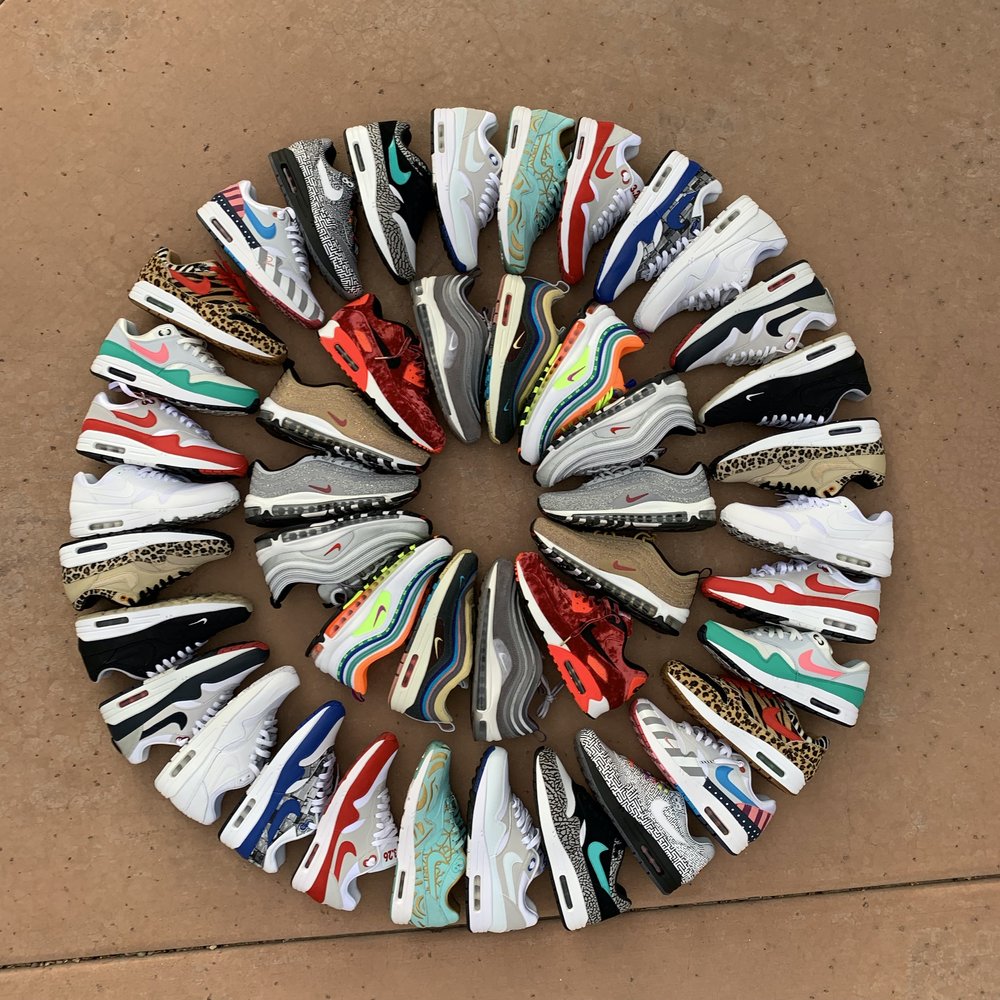 Who are these architects and notable designers behind the Air Max legacy and what inspired them?

The Nike Air Max was birthed as a line of shoes equipped with midsole pouches filled with pressurized gas, visible from the exterior intended to bring comfort by cushioning the underfoot.

Over the years, the Air Max stable has had many prominent designers with different inspirations and interpretations on it, each crafting their own version of the legendary Air Max with unique characteristics that have cultivated a loyal following among sneaker lovers. Who are these architects and notable designers behind the Air Max legacy and what inspired them?

Born April 30th 1952 in Hillsboro, Oregon, Tinker joined Nike in 1981 through 1985. During this period, he realized that his architectural skills could also be applied to shoes. Hatfield didn’t start his career designing shoes, as he was actually an architectural student back in the 70's and even published an architectural design of his home in Portland.

Being a jock himself, Tinker began experimenting on himself with different types of shoe designs, and with the slowdown of Nike due to the lack of sportswear in the early 80s, Reebok swooped the chance to rise.

Nike knew they had to act fast, so they held a 24 hours design competition in which Tinker took part in. Despite his lack of experience, Tinker stood out and in 1985, he joined Nike’s footwear design team.

The Iconic Piece - The Air Max 1

Nike Air may not have been the first of its kind. Back in 1979, the original Air Tailwind was born. But Tinker made sure his design was showcased.

In 1987, the world was introduced to Air Max 1, inspired by Paris’ striking Center Georges Pompidou (aka The Pompidou Center). With pressurized cushioning technology, Air Max started to catch eyes especially those who are into sneakers and fashion footwear. Functionality meets design.

After the birth of Air Max 1, Tinker went on to design the most iconic shoes including the Air Max 90, Air Huarache, Air Max 180, Air Mowabb, Air Tech Challenge, Air Trainer SC, Air Oscillate, Air Zoom Talaria, Air Jordan 3s, which was his first contribution to the Jordan line. He then went on to create designs for Air Jordan 4, Air Jordan 5, Air Jordan 6, Air Jordan 11 and most recently, Air Jordan 30. Among his most influential sneakers of all time was back in 2014, a power-lacing sneakers worn by Marty McFly in the 1989 film 3 part movie, Back to the Future Part II, which partially took place in the year 2015.

Tinker received his own sneakers in 2019 titled the Nike React "Tinker Hatfield”. Being known as the man who saved Nike, in times to come, we will definitely experience more designs from the architect.

A provocative design before its time, the Air Max 95 original model was visually created back in 1988, a bold pair of kicks with a one-of-a-kind rippled design. Air Max 95 was based on the human body, resembling the spine, skin, ribs, and tendons.

Nike ACG designer Sergio Lozano, a trained industrial designer with a four-year experience designing tennis and training shoes, was brought in the Air Max family in 1990 for a fresh perspective.

Nike Basketball shoes were even more popular in the early ’90 compared to Nike running shoes and because of this, Lozano saw this as an opportunity and brought back the glory of running kicks with the Air Max 95 project.

The Air Max 95 design inspiration came to Lozano one rainy day at Nike’s headquarters in Beaverton, Oregon. He was looking across the lake out into the trees and began picturing the process of raindrops on the earth; further influences from the anatomy of the human body were locked into the design. The final product had an upper with layered panels that resembled muscle fibers and flesh, Nylon eyelets were inspired after ribs, a midsole that took after the spine and a gradient similar to the geographical designs of eroded rock walls.

The Air Max 95’s greatest strength, ironically, happens to be its weakness. Though it may not be the top Nike model due to its niche design and representing a less popular sport, the Air Max 95 has seen its share of dope colorways and collaborations throughout the 2000s.

Being the first of its kind, the Aird Max 95 paved the way for other future silhouettes with design similarities such as the Air Max Plus, released in 1998.

Christian Tresser started designing footwear with an independent footwear company that designed for Reebok in the 90’s. He was hired by Reebok later on during their peak when they wanted to seriously overtake Nike in the sneakers industry. After a few years at Reebok which included him designing some classic runners and helping to launch Reebok’s football category, he got a job with Nike where he designed a number of iconic kicks in both running and soccer categories.

As a young designer working at a shoe design company in the Bay Area of California, Christian was designing kicks for athletes even before they even had a name for that category of footwear. Later on he was the lead designer of Reebok’s football product incorporating cutting edge technology like Instapump, Graphlite, and carbon fiber foot plates into performance soccer shoes. Tresser even designed laceless Reebok boots that were worn by players in the 1994 World Cup.

The 1997’s Air Max 97, inspired by water drops making ripples in a pond, is still prominent in the sneakerhead community. And while the OG colourway is often dubbed the ‘Silver Bullet’, the hue was in fact inspired by the silver sheen of mountain bikes and high-speed Japanese bullet trains features a mix of leather, foam, and full-length visible Air. The ‘silver bullet’ was released again in 2017, making it one of the most OG Air Max up to date.

In his five to six months working as a designer in the runner space at Nike, Tesser produced nothing but a range of classics. His designs are still as impactful today as it was in the 90s and you can always find a Tresser silhouette on a shelf at any sneaker outlets, online or physical store, today.

A huge appreciation to the lovers, followers and designers of the Air Max series for bringing the most killer design to the brand we love and adore until today.

If you wanna cop you own legit Air Max, head over to https://oxstreet.com and if you haven’t sign up to our account, go ahead and earn $20 credits off your first purchase! Happy Air Max day!

Fasha is a Ox Street's own resident DJ and music enthusiast who is also a sneakerhead, a foodie and a martial arts practitioner with a passion for writing and scuba diving.
View our sneaker marketplace