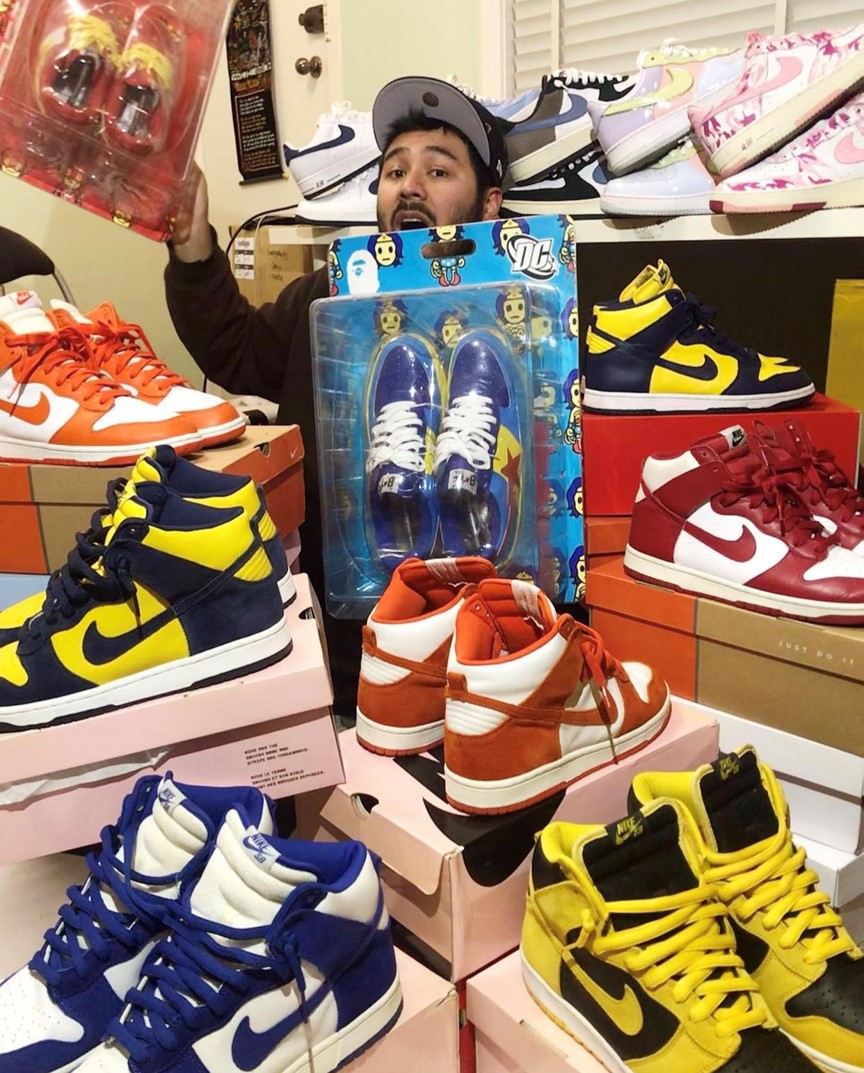 Joshua Foon @foonvision is an Australian sneakerhead who owns a clothing brand. His brother introduced him to the sneaker world, and Nike Air Forces triggered his sneaker passion ever since.

What was the moment you first got drawn to sneakers, and which pair of sneakers triggered your passion?

I definitely owe it to my older brother, Jordan. He was into all the sneakers and clothes during the early 2000s when I was still a kid, and I wanted to be just like him. When he would go out for a day, I would look at all the sneakers in his room and analyze which ones I liked the most. He had a lot of Air Force 1s (early 2000s golden era) alongside retro Jordans and a lot of other cool stuff. I'm just a primary schooler who is just big-eyed over it all.

Jordan's big rotation of Air Forces definitely struck a chord in me. I'd say that silhouette really started my passion.

What’s one moment or trend in the history of sneaker culture that resonates with you?

If we're talking on a more local level, it would be the earlier times in the scene where it was more niche and less saturated. Different stores had unique shoes, and you went to particular stores to find specific releases or models. You made friends with the people who worked there and filled you in on what was up. You had to find the right spots to hit through word of mouth. It was an IYKYK era - and even then, I was already late to the party; but I witnessed enough of it to resonate with me as a better time.

Nowadays, it's all so saturated, commercialized, and about people buying to flip and make a buck. Most stores carry the same inventory now, and it gets boring - only a small handful of stores remain with a tasteful and distinct selection. But even if you find something you like, you must battle with resellers just for a chance to get your hands on it. It's pretty discouraging these days just to enjoy a new release.

Please describe how it feels to you when you get and wear a new pair of kicks?

Haha, it feels great. You feel fresh and invincible for a moment. That's why we do this. It's a new extension of ourselves whenever we find a new pair we want to wear. It's even better when it's the shoes you know not many people have.

‍
What are some of your favorite creators/designers or brands and why?

These are a fraction of the brands and designers that helped shape my taste today. There are others, but these brands have shown me the best in what I'm into.

What is one sneaker collaboration that doesn’t exist, but you wish/think should exist?

That's a hard one as I could think of so many possibilities and ideas.

Off the top of my head, it would be cool to see BAPE and Nike collaborate on the Air Force 1 and bring both their early 2000s golden era energy back. Classic, loud Bapesta patent leather color schemes officially on a pre '07 AF1 shape, with the star on the outer side and a swoosh on the inner side. Bapesta embroidery on one heel and Nike Air embroidery on the other. I could go on and on. It's always the little details that do it.

What are some of the current pairs of sneakers in your rotation?‍

What is your ultimate holy grail sneaker that you have not managed to acquire so far?

My holy grail is the 2005 Air Force 1 Sakura Ueno. It is a Japanese exclusive Tier Zero release that celebrates the Cherry Blossom season in Japan. It came in a unique laser etched wooden box and everything. There's also an even rarer seamless version.

Other than kicks, what are some of your daily essentials or treasured items?

You'll almost always catch me wearing my Any Means 1 of 2 Pendant and my vintage Jean Paul Gaultier sunglasses.

A treasured item of mine would be my Grandfather's Seiko 5 Automatic watch. I never had the chance to meet him, so that's a little piece of him I carry around with me occasionally.

Where can people find you on social media?

Do you have a sneaker collection that you wish to showcase or share with the world? Or maybe you have some hyped deadstock that you wish to sell. Join Ox Street as an early community member in our beta stage today and get $25 SGD off your first order (while discount slots last). 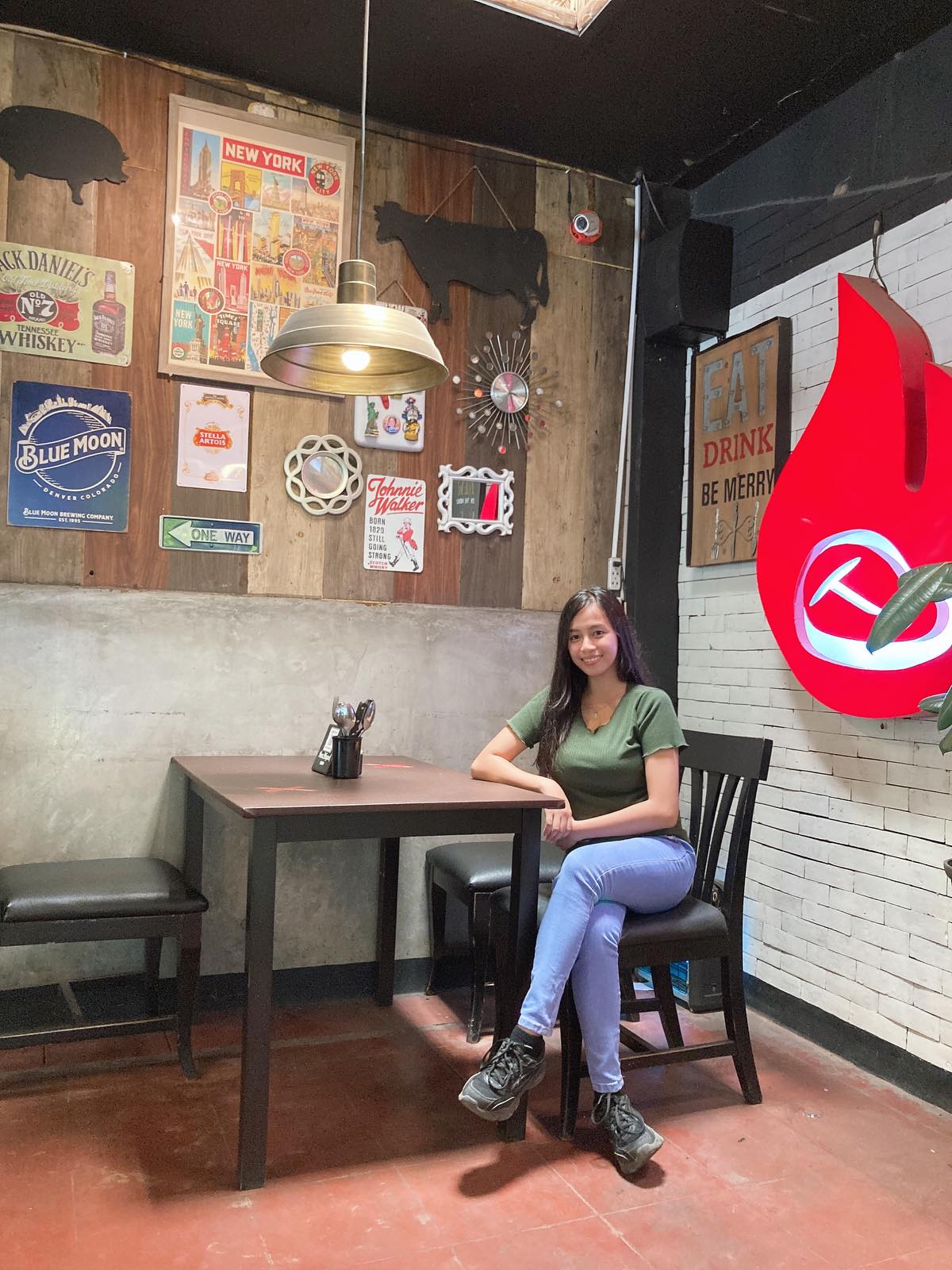 An engineer who loves writing in her spare time.
View our sneaker marketplace