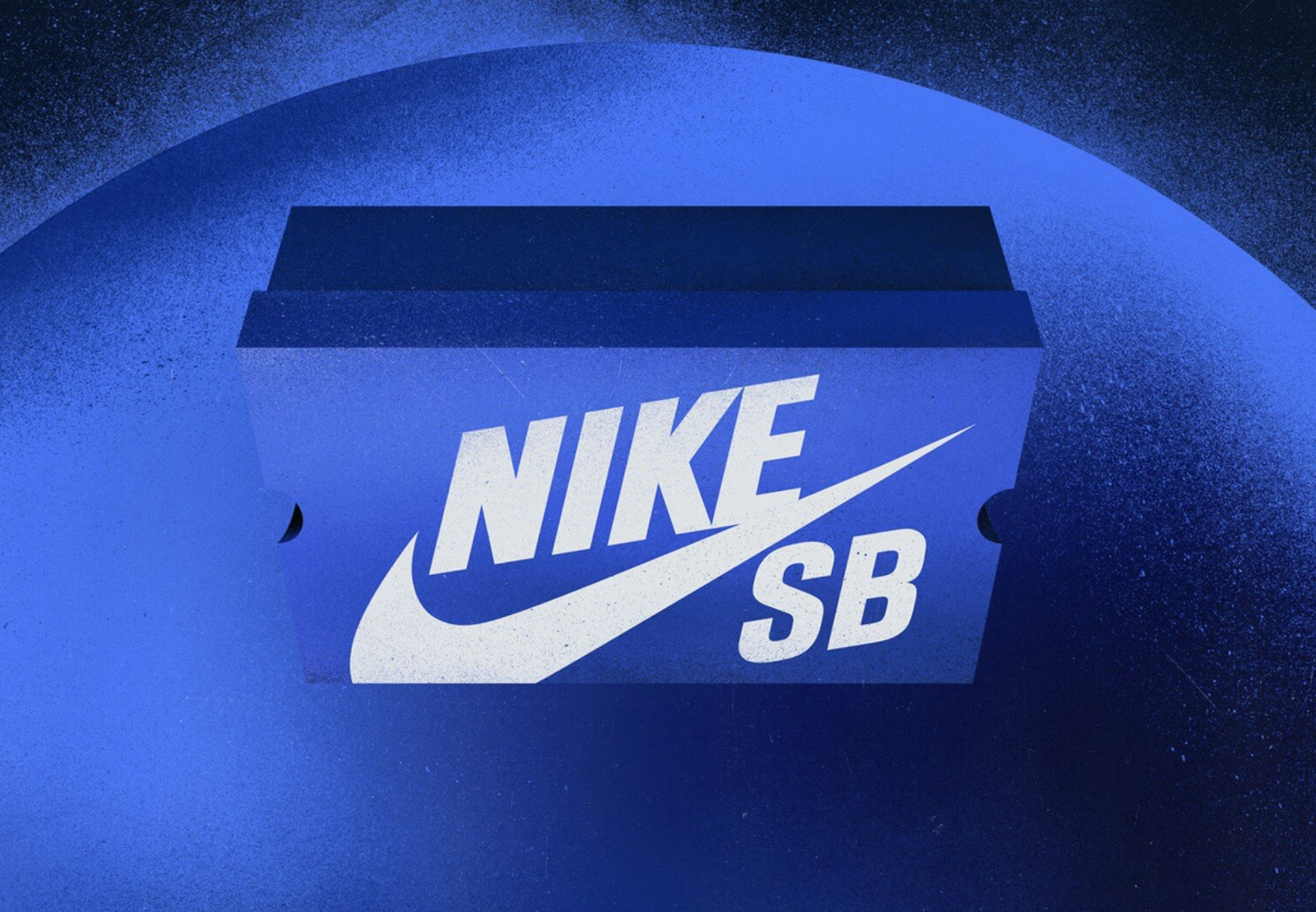 The Blue Box era was all about various urban tribes and concept elaborations. Although the current market may only value a few hype Dunks from this era (mostly because of Travis Scott), these Dunks are undeserving of going back into obscurity. Todd Bratrud’s visionary thinking, simplicity and minimalism is a throwback of the early days of the dunk, and a welcome sight in today’s climate in which over the top hype is the name of the game.

Released back in 2011, these are an ode to the highly coveted space jam 11s. Staying true to the styling of the shoe Jordan wore in the feature film in 1995, these sport a patent leather and mesh upper with a clear outsole and royal blue branding. Surprisingly, the rather flashy patent leather upper works to this sneaker’s advantage and gives it a cyber monday vibe.

Almost all dunks these days are designed to impress and bedazzle the moment they are leaked. But the C&C Dunk High Pro SB was made to be a slow burn right from the get go. Using a misaligned and asymmetrical paisley print coupled with the earliest use of wear away materials that revealed a leafy green undertone around the toe and side made these a cult classic. The more they were worn, the more they became a personal pair with its own unique story.

Before designing his inaugural model for Nike SB, Eric Koston was asked to use his visual expertise and insight to update the existing Dunk. Koston’s Northstar was balancing performance enhancements and tweaks while maintaining the integrity of the classic sneaker. His first colorway for the Dunk Low Pro SB was a look into the colors, culture and themes of worship and wisdom of his Thai ancestry. The Dunk High however was a full blown homage of the Buddhist statues that preside over the country’s historic temples.

One in a million: Lobster Edition

The second iteration of the Concepts Nike Dunk Low Pro SB caught an entirely new colorway based on off-shore lore. Like the shoe itself, the crew drew from the illusive blue tinted lobster, using a nightshade tinged leather with a spotted dark slate overlay. Blue and yellow pigmentation signified a really rare colorway for a lobster breed, and the limited nature of these sneakers back in the day reflected this with very few pairs left in existence.

If there were a single Nike SB Dunk to single out and champion as the one to wear out deliberately, the Statue of Liberty Dunk High Pro SB may hold the torch. Coated in a seagrass finish that resembles Lady Liberty herself, the entire shoe has an “oxidized” underlay, best exposed by grip tape friction to allow happenstance detailing.

Skunk Dunk High Pro SB was the artists’ way to subvert popular holiday numerology. Using a fuzzy but not furry suede upper, various strains of green and a dazed mammal on the insole, the Dunk’s references should be obvious. A celebration of stoner culture, this rather rare sneaker has its own old age charm.

Brain Wreck Dunk High Pro SB was another two-word concept that left a lot to the imagination while delivering an aesthetically pleasing Dunk. As a subtle nod to the grey matter present in our spinal cord and brain, the subtle hits of pink and grey allowed Todd Bratrud to deliver a minimal aesthetic that had just the right amount of oomph to help keep the hype going.

Now, if you are looking to complete your SB collection head over to Ox street to grab your grails, both historical and new. Do remember to check back next week, when we go over the Nike Pink Box Era. For more sneaker news and market drops, remember to sign up as a user on Ox Street, and earn credits when you refer your friends to join our marketplace.

Josyula is a Singapore based bedroom DJ and sneaker collector. He loves all things culture and music, and writes in-depth articles on sneaker culture in Asia.
View our sneaker marketplace