Check Out the Air Jordan 1 High OG "Spider-Man: Across the Spider-Verse" 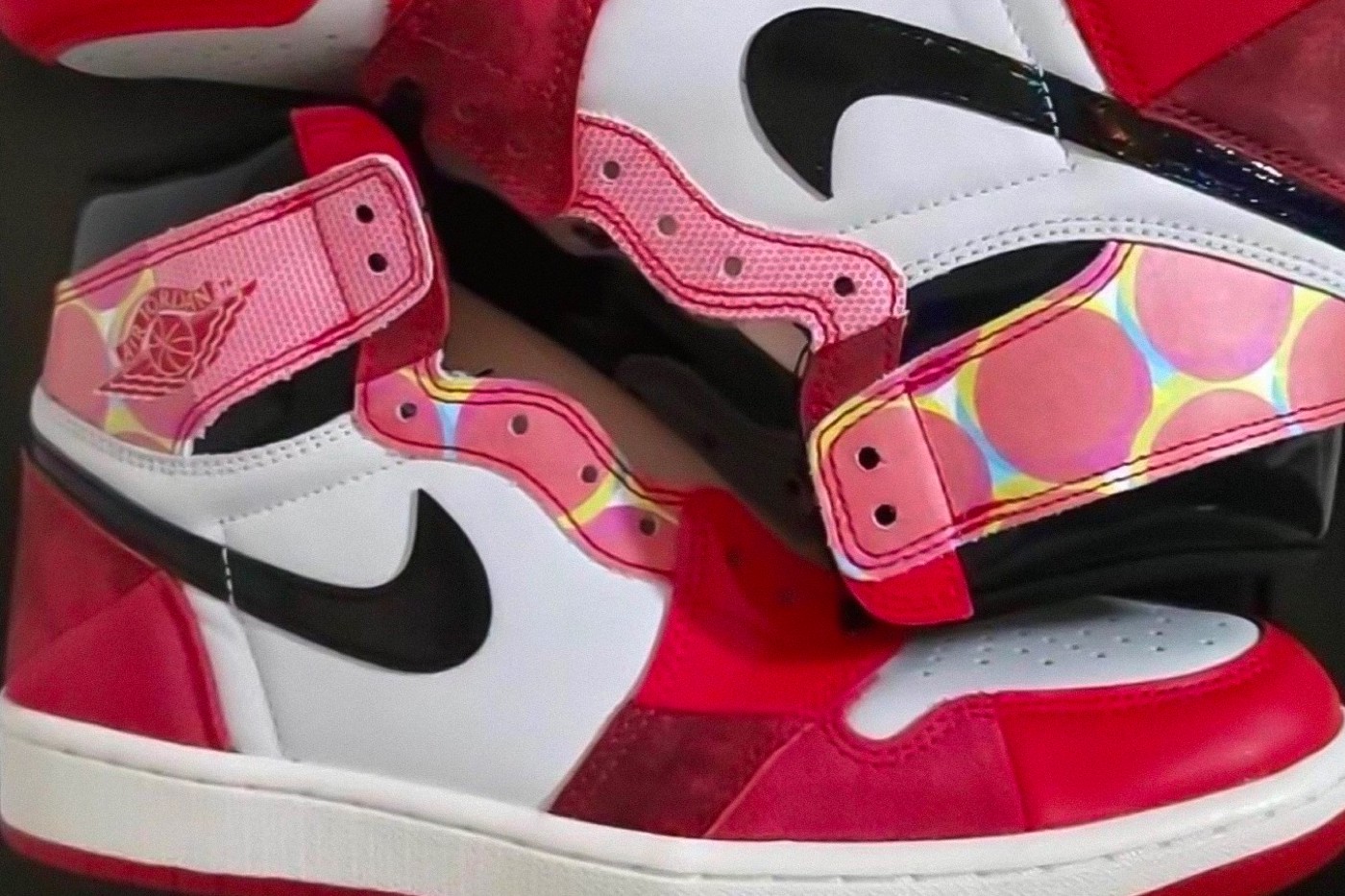 Inspired by the original "Chicago" colorway.

Back in 2018, Marvel and Sony changed the animated film industry forever with the release of Spider-Man: Into the Spider-Verse. Regarded by many comic books fans as the best portrayal of the wall crawling superhero, the movie follows Miles Morales as he struggles to battle his inner demons as well as villains that are way out of his league. To celebrate this launch, Jordan Brand released the "Origin Story," and with the hotly-anticipated sequel set to drop in June, it looks like another Spidey-inspired Air Jordan 1 is in the works with the Air Jordan 1 High OG "Spider-Man: Across the Spider-Verse" - and we're taking our very first look yet.

Inspired by the original "Chicago" colorway, the "Spider-Man: Across the Spider-Verse" features the legendary red, white, and black color scheme with interdimensional details throughout. Glossy patent leather and multicolored circles surround the collar, while a dotted motif takes over the lacing system as a nod to the franchise's unique animation style. Curiously, panels across the midfoot and heel have been done up in a pre-worn aesthetic. While we're not entirely sure what the inspiration is behind these particular elements, it probably nods to the battle scars that the Spidey suit has accumulated over the years.

The Air Jordan 1 Retro High OG SP "Spider-Man: Across The Spider-Verse" is expected to release around the same date as the film premier which is currently scheduled for June 2nd. Our sources also tell us that it'll be available in full family sizes. Let us know what you think of this upcoming drop, and while you're here, you might as well take your first look at the Air Jordan 3 "Reimagined"!