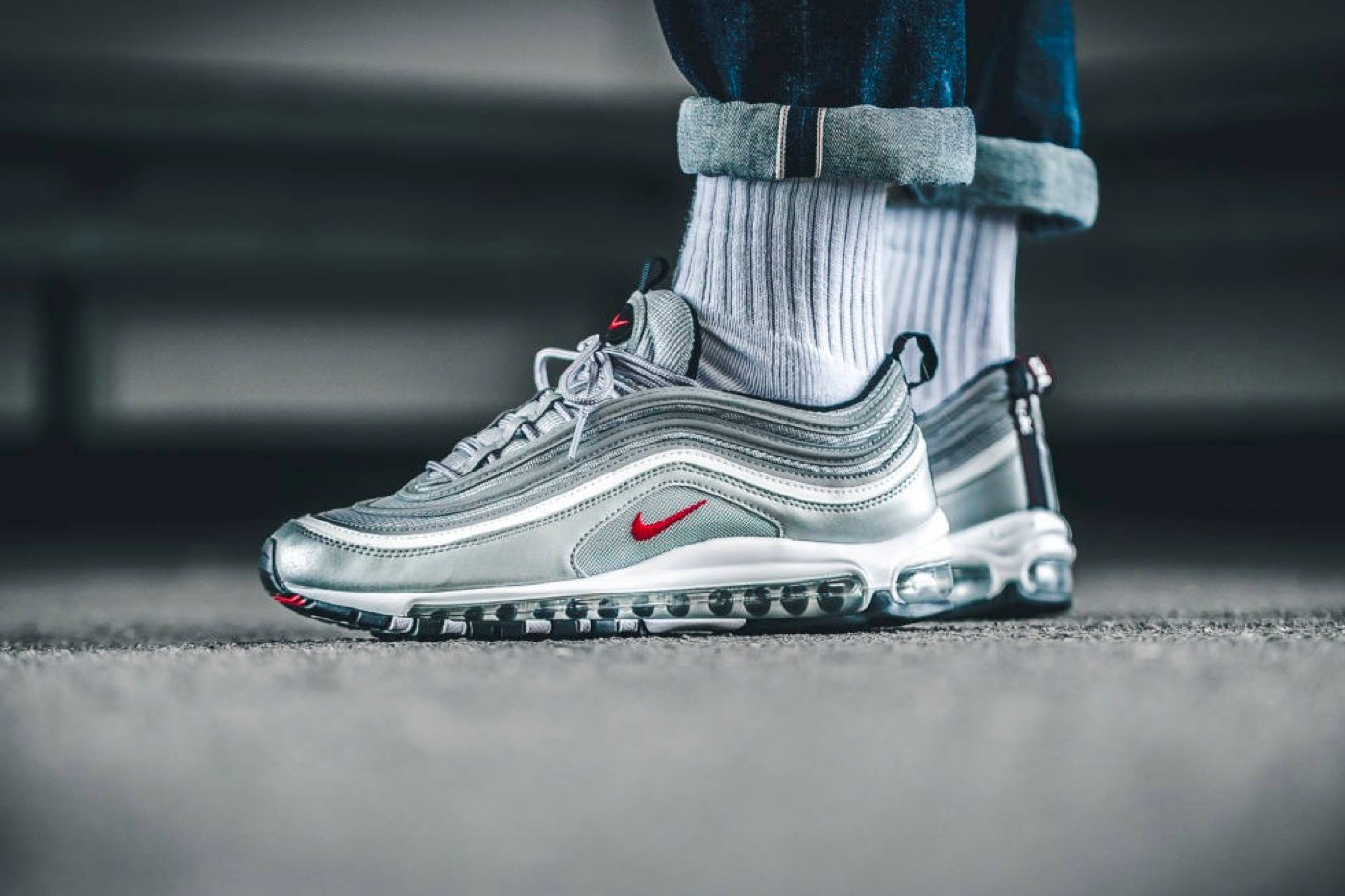 This week will be a week filled with nothing but holy grails.

Without a shadow of a doubt, this week will be a week filled with nothing but the holiest of grails. Not only are we celebrating the 25th anniversary of Christian Tresser's Air Max 97, we'll also be partying it up with the Air Jordan 7's 30th birthday. On top of that, the Salehe Bembury's iconic Crocs Pollex Clog is finally getting the "Triple Black" treatment that we've been waiting for. If you see any other pairs that you think should have been on this list, make sure to let us know over on Instagram and don't forget to follow us as well for the best content that the Asian sneaker community has to offer!

Back in 1997, Christian Tresser totally changed the sneaker industry with the release of the Nike Air Max 97 "Silver Bullet." Inspired by water ripples and Japanese bullet trains, the upper was completely covered in a metallic silver finish that was unlike anything else from back in the day. As we celebrate the colorway's 25th birthday, Nike has brought it back, so secure your pair right now while you still can.

Michael Jordan is keeping it in the family this week with the Trophy Room x Air Jordan 7 "New Sheriff In Town." Made in collaboration with Trophy Room, which is an Orlando-based boutique run by MJ's son, Marcus, this special edition pair celebrates the AJ 7's 30th anniversary. With His Airness' signature at the heel, metallic gold hardware, and a unique color combination that's inspired by the 1992 Summer Olympics, this is no doubt one of this year's best sneakers.

Since Salehe Bembury revealed his Crocs collaboration earlier this year, he has released nothing but the most vibrant colorways. With that said, the New York City-based creative is going full stealth mode this season with the Salehe Bembury x Crocs Pollex Clog "Sasquatch." Finally getting the "Triple Black" treatment, these will definitely be one of the most popular colorways out there, so grab yours while your size is still around.

Affectionately nicknamed The Simpsons Dunk by many fans, the Nike Dunk High "Blue Chill" certainly bears a resemblance to animated sitcom's title screen. With a full leather construction that's sure to stand the test of time, blue and white panels clash while vibrant yellow accents make their way to the tongue and heel tab. You'll also find a Swoosh that shoots through the lateral and medial sides for that classic Dunk look.

And last but not least, we have the Stray Rats x New Balance 580 "Dark Moss." In case you didn't already know, back in the '90s the 580 was a Japan-exclusive silhouette that wasn't sold anywhere else around the world. With that said, after all this time, the Boston-based sportswear brand has brought it back with a much-wider launch. Part of the latest Stray Rats collab, this is definitely our favorite colorway out of the entire collection.