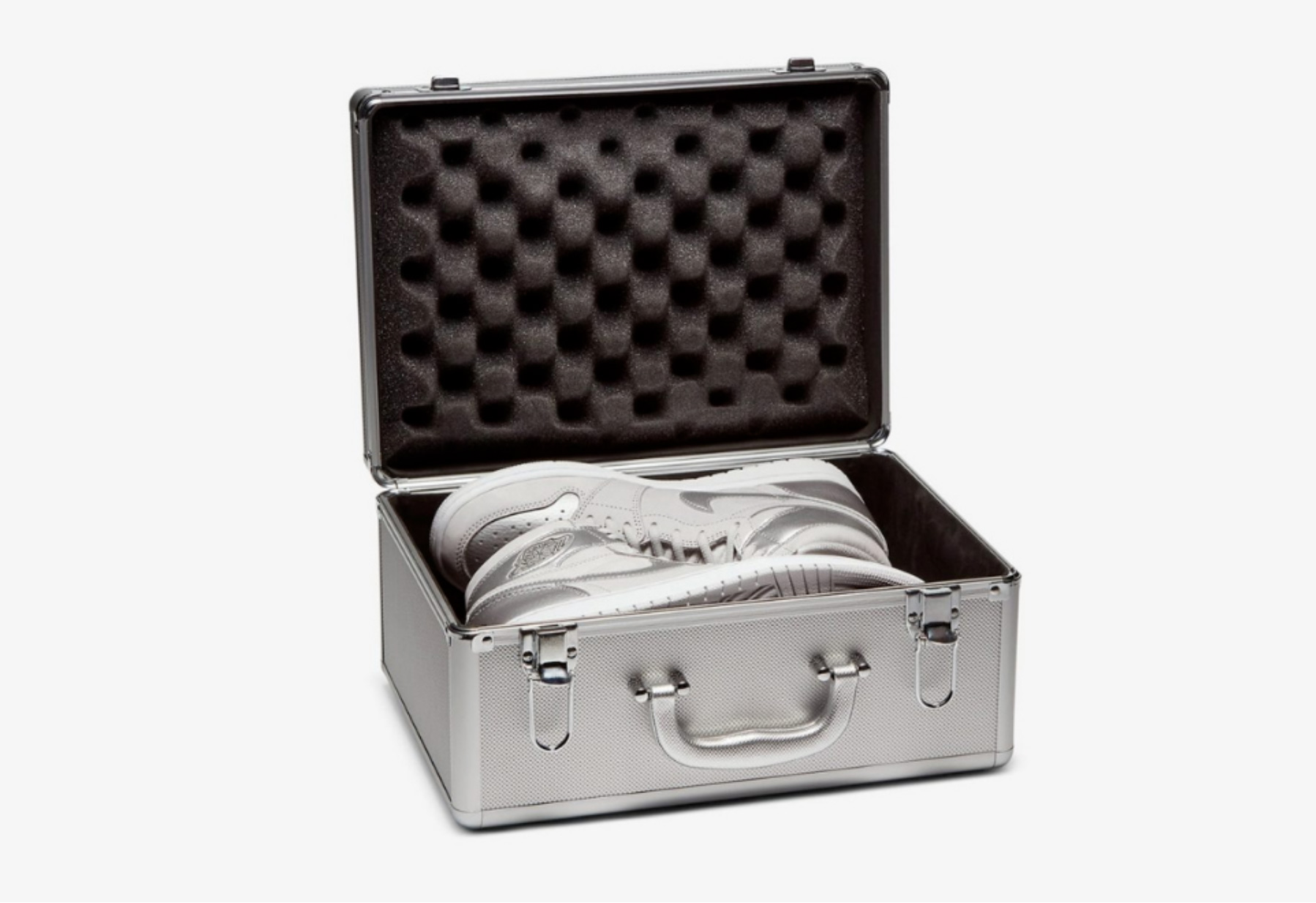 Packed in a Jordan branded briefcase instead of a conventional shoebox, the Japan exclusive Air Jordan 1 Retro High OG CO.JP series celebrated the start of a new century back in 2001. Collectors now finally have another chance to cop a pair of these legendary sneakers.

The four elusive models in this turn-of-the-century pack were originally dropped on 1st January 2001, in very limited numbers of only 2,001 pairs for the Grey colorway, and 3,000 pairs each for the Black, White, and Midnight Navy colors.

The release was a significant milestone in the Jordan brand’s history, as it marked the first ever country exclusive Air Jordan, as well as the first non-original colorways for Air Jordan 1 High to be released. From 2020, collectors now finally have another chance to cop a pair of these legendary sneakers.

In anticipation of the Tokyo Olympic Games 2020 which have now been postponed to this year due to the pandemic, Nike has rereleased the ‘Neutral Grey’ and ‘Midnight Navy’ in the series in very limited numbers. While the special briefcase packaging will be made available exclusively in Japan only, a wider release without the suitcase is now made available globally. Let’s take a closer look at the lineup below.

Metallic colors have been increasingly popular lately such as this University Gold Off-White x Nike Air Force 1 that will be launching soon in July. If you prefer something more cool toned but equally striking, the silver Air Jordan 1 CO. JP ‘Tokyo’ is perfect.

Recreated from the 2001 model ‘Neutral Grey’ which has now been renamed to ‘Tokyo’, the sneakers still maintain their original Neutral Grey textured leather, with Metallic Silver highlights on the Swoosh, toe, ankle, and heel overlays.

The only difference from the earlier model would be the Nike Air branding on its tongue. ‘CO.JP’ branding is printed on the insoles, and the tag on the inside of the tongue lists the years 2001 and 2020 in the latest edition.

‍For those who would like something less shiny, the ‘Midnight Navy’ features one of the few times non-original colorways were used on an Air Jordan High. Its textured leather white uppers are paired with stunning ‘Midnight Navy’ overlays, along with the Swoosh and Jordan winged logo in Metallic Silver on the sides.

Similar to ‘Tokyo’, this model also has the Nike Air Branding sewn across the tongue instead of the Jumpman in the same fashion. The shoes are completed with dark navy shoelaces.

Whether you are an old dog or a young cat, you definitely would not want to miss out on these highly coveted sneakers. Get the rare Air Jordan 1 CO. JP Retro High in ‘Tokyo’ and  ‘Midnight Navy’ just in time for the Olympics! If you like anything Japanese, do check out these sneakers inspired by Japanese convenience store food.