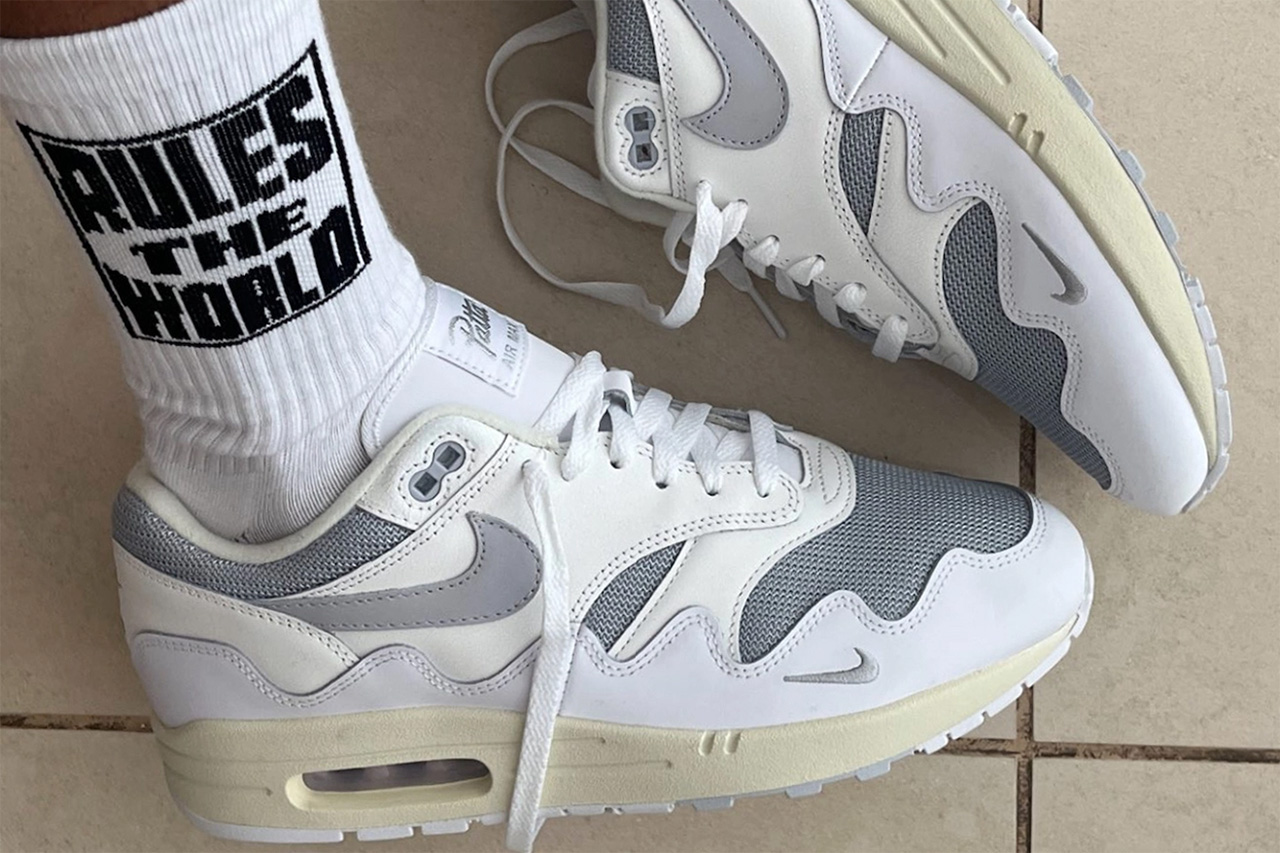 Fans are eagerly waiting for the next installment of Patta x Nike collab story, which is rumored to be a Patta x Nike Air Max 1 “White/Grey” Colorway Friends & Family release this year.

The relationship between Amsterdam-based retailer Patta and Nike goes way back to 2006 when they worked on the Patta x Air Max 90 ‘Homegrown Grass’. They have been a frequent collaborator since then, with popular releases each time. We take a look at a summarized snapshot of some of the most sought after releases leading up to this "White/Grey" rumored release.

The Dutch retailer first worked on the Air Max 1 silhouette on their 5th anniversary in 2009, which resulted in the Patta x Air Max 1 in four colorways of ‘Purple Denim’, ‘Denim’, ‘Lucky Green’, and ‘Chlorophyll’.  These legendary kicks came in a mix of suede and mesh, and had Patta’s special block-lettered tongue label. As one of the best Air Maxes to have been released, these laid the groundwork for the 2021 releases of the well-loved Patta x Air Max 1.

While Patta has teamed up with several brands and also working on other Nike silhouettes, nothing was quite like them bringing back the Air Max 1 in 2021. Reimagining the popular 2009 release, they retained signature elements like the mini Swoosh near the toe while giving the rest of the shoes a new spin.

This series aptly named ‘The Wave’ was designed with a wavy edge on the mudguard, which makes these sneakers instantly recognizable on the street. They were released in 2021 in four colorways in 'Monarch', 'Noise Aqua', 'Black' and 'Rush Maroon'. Each came with a  commemorative shoebox and silver charm bracelet.

As Air Max 1 celebrates its 35th anniversary this year, fans of the silhouette and Patta might see a new colorway released this year following their successful release of ‘The Wave’ last year. Images of a sail white and soft grey colorway of a Patta x Air Max 1 have recently surfaced, sparking rumors of a potential release this year.

Featuring metallic silver mesh and white leather overlays, the Patta x Air Max 1 ‘Grey/White’ is a subtle and elegant looking pair of sneakers. The Swooshes on the quarter panel and the mini one on the mudguard come in silver, matching the Patta tongue tag and “ROMAN FOREVER” embroidered on the heel. The words are a homage to Patta’s co-founder Edson Sabajo’s son who’s passed away. The sneakers are complete with an off-white Sail colored midsole and visible Air unit with a white outsole, that accentuates the vintage charm of the Air Max 1.

Due to the deeply personal meaning behind this pair of sneakers, it might very well be a 1 of 1 Friends and Family sneaker that is not meant for public sale. Fans are holding their breath for a version meant for public release, it is after all the silhouette’s 35th anniversary. While we wait for more news, check out the Patta x Air Max 1 2021 releases that are available on Ox Street.