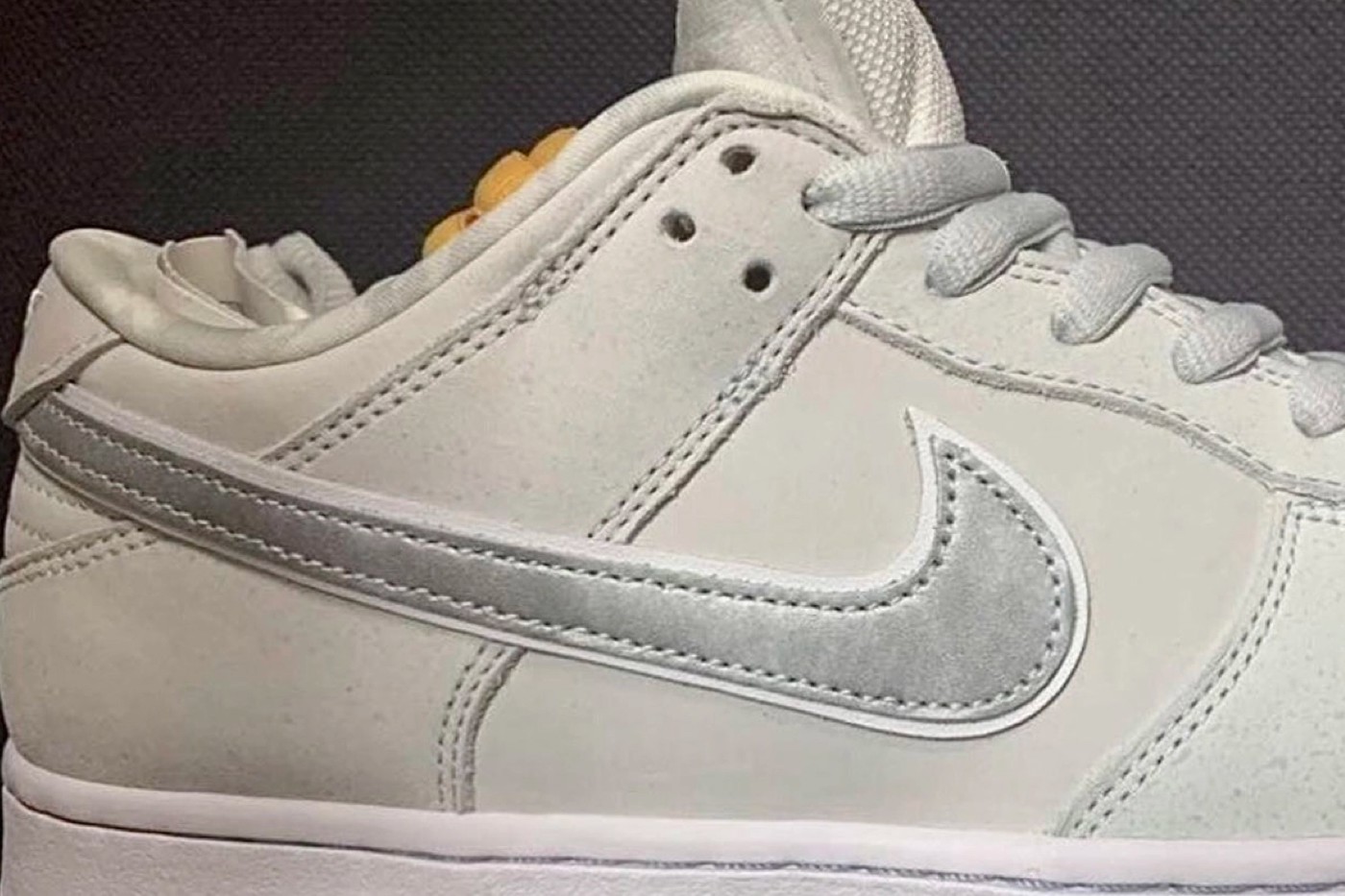 Celebrating 15 years since the original pair.

Back in 2008, Concepts changed the fabric of the sneaker scene by introducing the Nike SB Dunk Low "Lobster" pack. Regarded by many as one of the most iconic collections of all time, the "Red Lobster" kicked everything off, followed by the "Blue Lobster" one year later, and the "Purple Lobster" and "Green Lobster" in 2018. Now, with an "Orange Lobster" rumored to be releasing this year, Ox Street is also getting news that a "White Lobster" could indeed be in the works - and we're take a quick sneak peek.

Just like all the colorways before it, the "White Lobster" is inspired by the shellfish complete with a textured suede upper and an outlined Nike Swoosh. With that said, unlike the previous pairs, this one opts for an all-white midsole instead which definitely falls in line with the "White Lobster" aesthetic. The rubber outsole has also been iced out for an elevated look, and it'll come complete with two sets of laces, including a silver pair and a soft yellow one.

Not much else is known about the Concepts x Nike SB Dunk Low "White Lobster" at this moment in time, but according to our sources, they'll release sometime in 2023 to celebrate 15 years since the original pair made its debut. Let us know what you think of this potential colorway, and while you're here, be sure to check out all the Dunks that Ox Street has to offer!