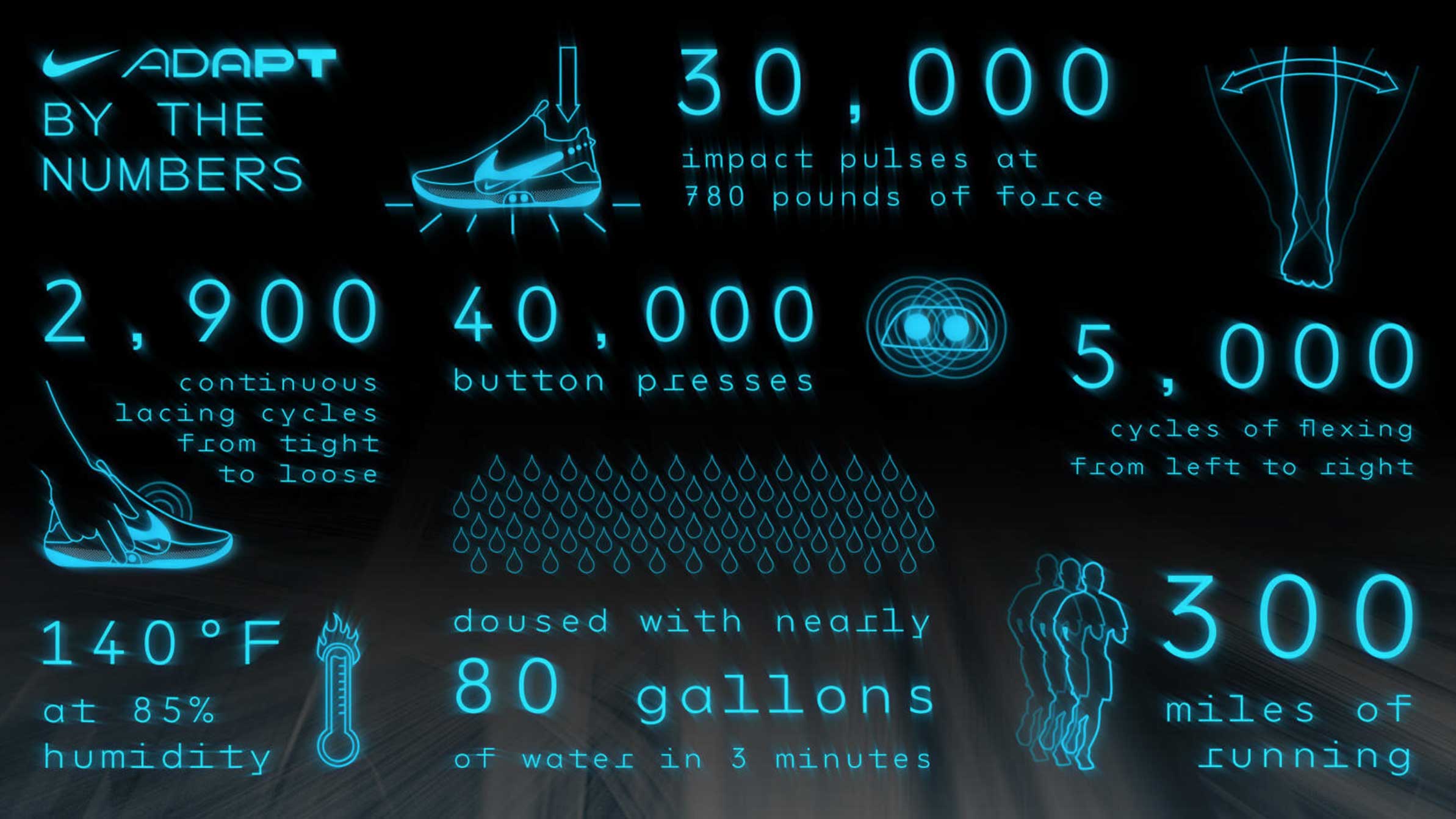 The directors of back to the future were not far off on their estimate of 2015 as the year we finally get practical self lacing. In 2016, after years of research and development, the Hyper Adapt 1.0 was born.

Ever since Tinker’s original design for the Air Mags more than 30 years ago, the world has looked forward to a future where self-lacing became a reality. Sure the Air Mags look amazing, but they are impractical as a daily sneaker. The directors of back to the future were not far off on their estimate of 2015 as the year we finally get practical self lacing. In 2016, after years of research and development, the Hyper Adapt 1.0 was born.

The first Nike Sneaker employing the E.A.R.L. Technology (which stands for Electro Adaptive Reactive Lacing) was the hyper adapt 1.0. Releasing for a retail price of 720 USD, these were already expensive when they came out. This can be mostly attributed to the cost of manufacturing and maintenance for this first generation of Adapt kicks. Taking 2 hours to charge wireless via a provided wireless charger and lasting for more than 2 weeks per charge, this was a valiant attempt at the self-lacing dream. Despite having mechanical components such as a printed circuit board, motors, batteries and LEDs on board, this shoe was still relatively light and perfect for everyday wear. Much like the first ever iPhone, these have become increasingly collectible for both tech enthusiasts and sneakerheads.

The second silhouette to feature Nike’s self lacing tech was the Adapt BB (Basketball) 1.0. This shoe was constructed from the ground up to not only feature self lacing, but to also accomplish it in a way that does not hinder its function as a performance basketball sneaker. Now with improved traction and an even lighter knit upper, this was the first time we saw external buttons that were used to adjust the sneaker’s tightness on feet. The best part? these buttons could be remapped to different colors for a more futuristic look.

The Adapt BB 2.0 went for a more mid cut approach and added more performance features like better stability with plastic shrouds and better ankle and heel support. These were focused more on making the BB even more court ready and Nike went above and beyond with their release, partnering up with footlocker for a grand release in which sneakerheads got to try out the tech on court. The team at Nike also brought down the cost of these as they retailed at 400 USD.

Nike made the Auto Max sneaker to celebrate the history and triumph of the Air Max lineup. A throwback to the moon boot aesthetic of the Air Mags, these feature design queues from the Air Max 720s and various newer Air Max models.

The Nike Air Jordan  Adapt 11s are the first of their kind in the realm of self lacing Jordans. Releasing alongside the jubilee 11s, these are perhaps the epitome of what the Adapt technology has to offer. A must have for any collector, these one of a kind Jordans are a view into the exciting future of E.A.R.L. Maybe someday we all can live out the Marty Mcfly dream.