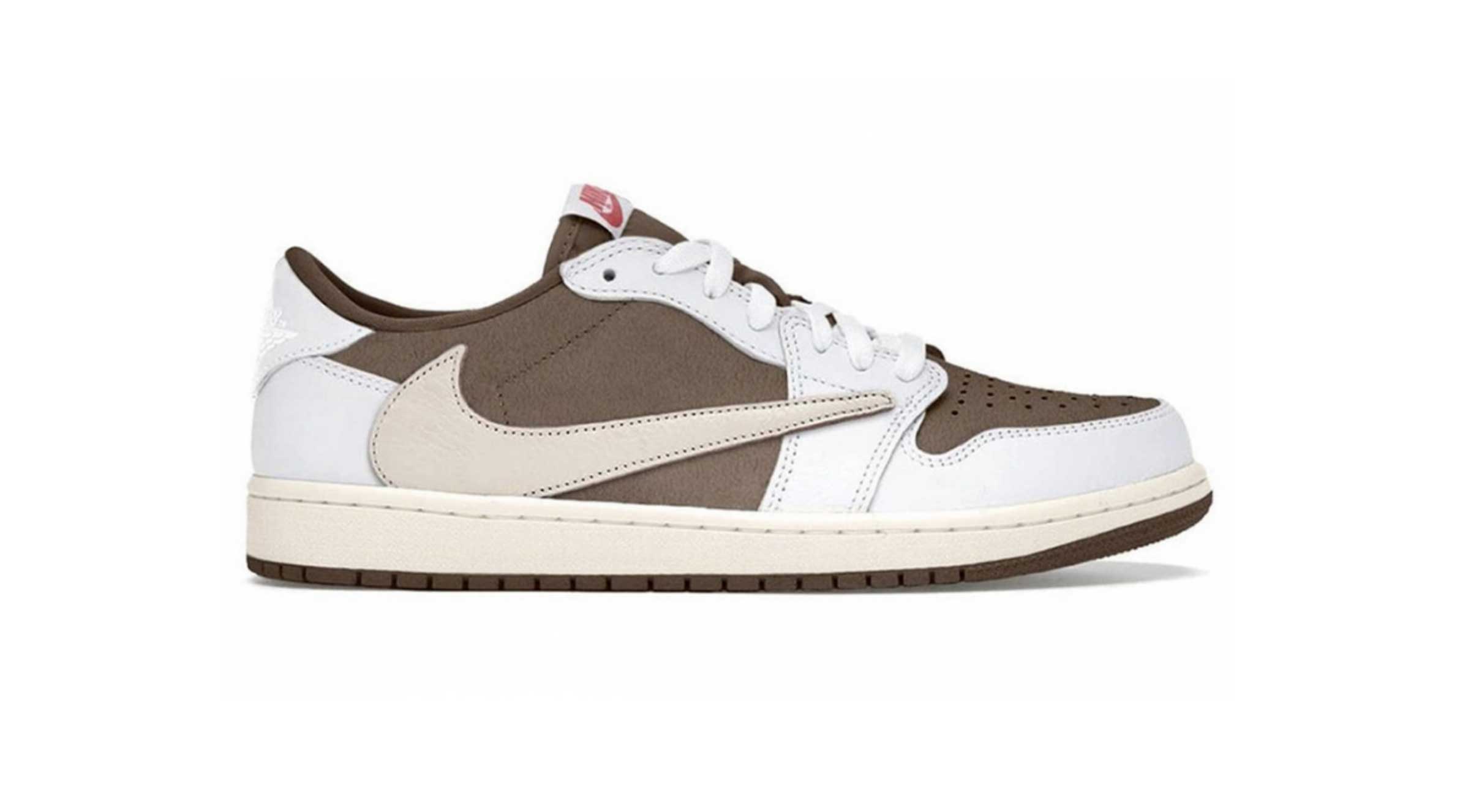 Rumor has it the “Reverse Mocha” colorway will be part of a trio of Travis Scott x Air Jordan 1 Low OGs that will drop next year. The “Reverse Mocha” sample was already first spotted on the artist’s daughter Stormi’s feet earlier in September this year. It now appears the green light has been given and the kicks are sent into production, though the other two colorways remain a mystery. It was initially thought that the fragment design x Travis Scott x Air Jordan 1 Low “White/Blue/Sail” would be part of the trio, but it seems like it was a gift to Hiroshi Fujiwara and is not confirmed to go on sale.

As in its namesake, the “Reverse Mocha” takes reference from Scott’s first and one of the most popular collabs by him, the iconic Travis Scott x Air Jordan 1 High OG “Mocha” that was also available in the low version.

The Travis Scott x Air Jordan 1 Low "Reverse Mocha" retains the neutral tones of the original colorway but in a reversed fashion. The “Mocha” shade can be seen on the toe boxes, tongues, liners, quarter panels and outsoles, while the overlays come dressed in a creamy white color.

Scott’s signature reverse Swoosh also comes in white, alongside white shoelaces and midsoles. A pop of bright red can be seen on the Nike logo found on the white tongue tab. What is different from the original colorway is that the black has been completely removed from this iteration.

What are your thoughts about the Travis Scott x Air Jordan 1 Low "Reverse Mocha"? Ox Street loves the easy to milky, easy to match colorway alongside Scott’s branding details, and can’t wait to see the other two colorways. Love Travis Scott’s designs as well? Check out our top 8 picks of Travis Scott collaboration sneakers to cop now while waiting for the "Reverse Mocha" to drop next year.