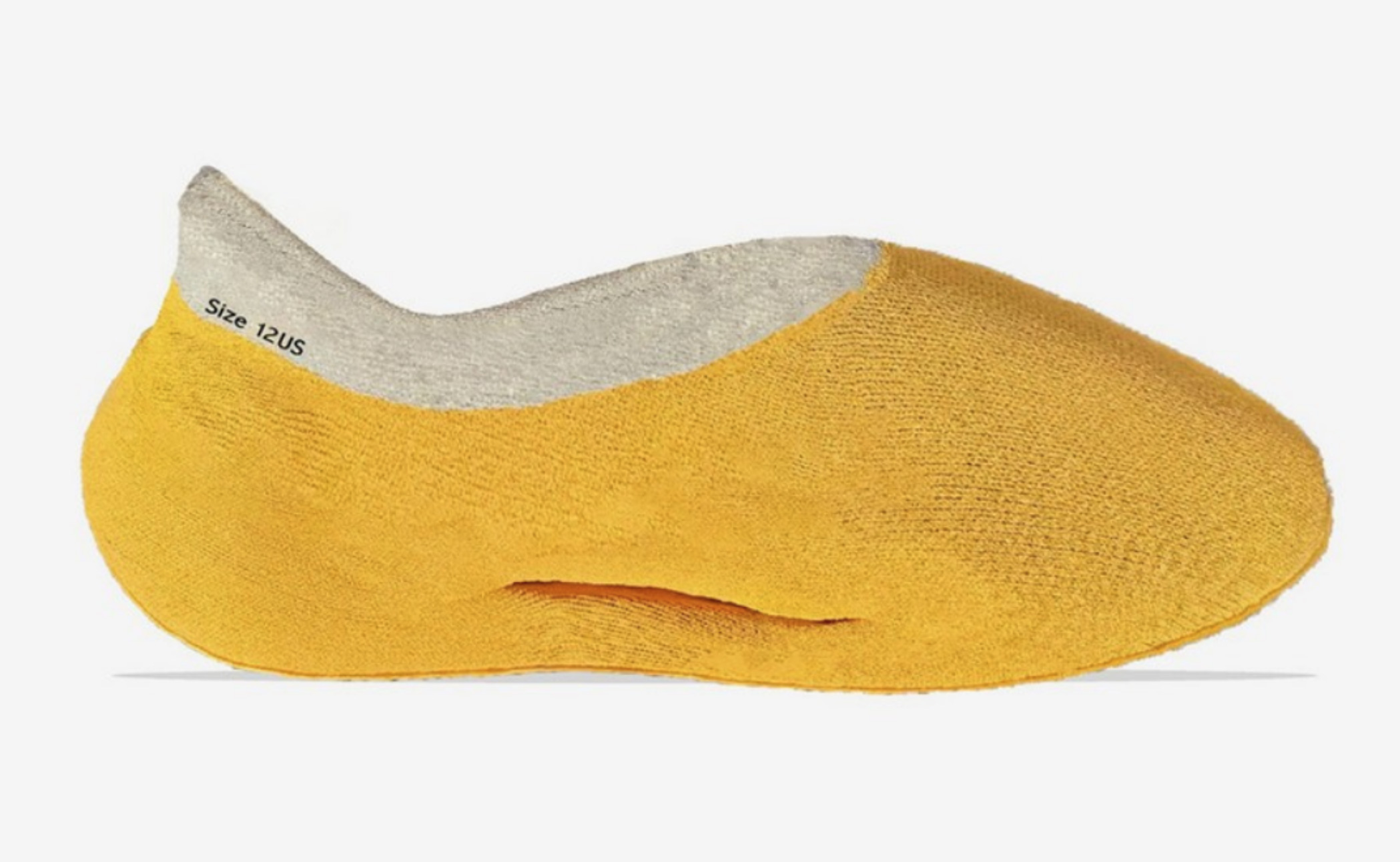 Kanye West’s YEEZY brand has been consistently producing iconic silhouettes and sneakers, but there are some weird ones along the way as well. Enter the YEEZY Knit Runner also known as the Knit RNR in a bright “Case Power Yellow”. Here is the first rumored look of the runners made entirely out of knitted material.

A slip-on laceless footwear, its shape is somewhat similar to its predecessor, the surprisingly popular YEEZY Foam Runner. Its uppers sport a slightly sloped forefoot and pronounced heel. However, one big difference is its primary material, and as its name indicates, is made out of a woven textile in a bright “Case Power Yellow” instead of an EVA foam.

The shoe’s collar is in a sandy khaki brown, giving it a two-toned colorblocked look with the shoe size stamped in black on the side (though that might be for prototype purposes). Despite being covered in a knit material, the inner parts and shape of the midsole seem to house a cushioning setup for comfort and daily outdoor wear.

First teased almost a year ago back in August 2020 (and have sparked several memes), they were originally thought to be called the “Turreliens” or “TRRL RNR” as in West’s tweet but have now been named after its material. The shoes are likely to be released at the end of 2021 or the start of 2022, the date and price but have yet to be confirmed by West or adidas.