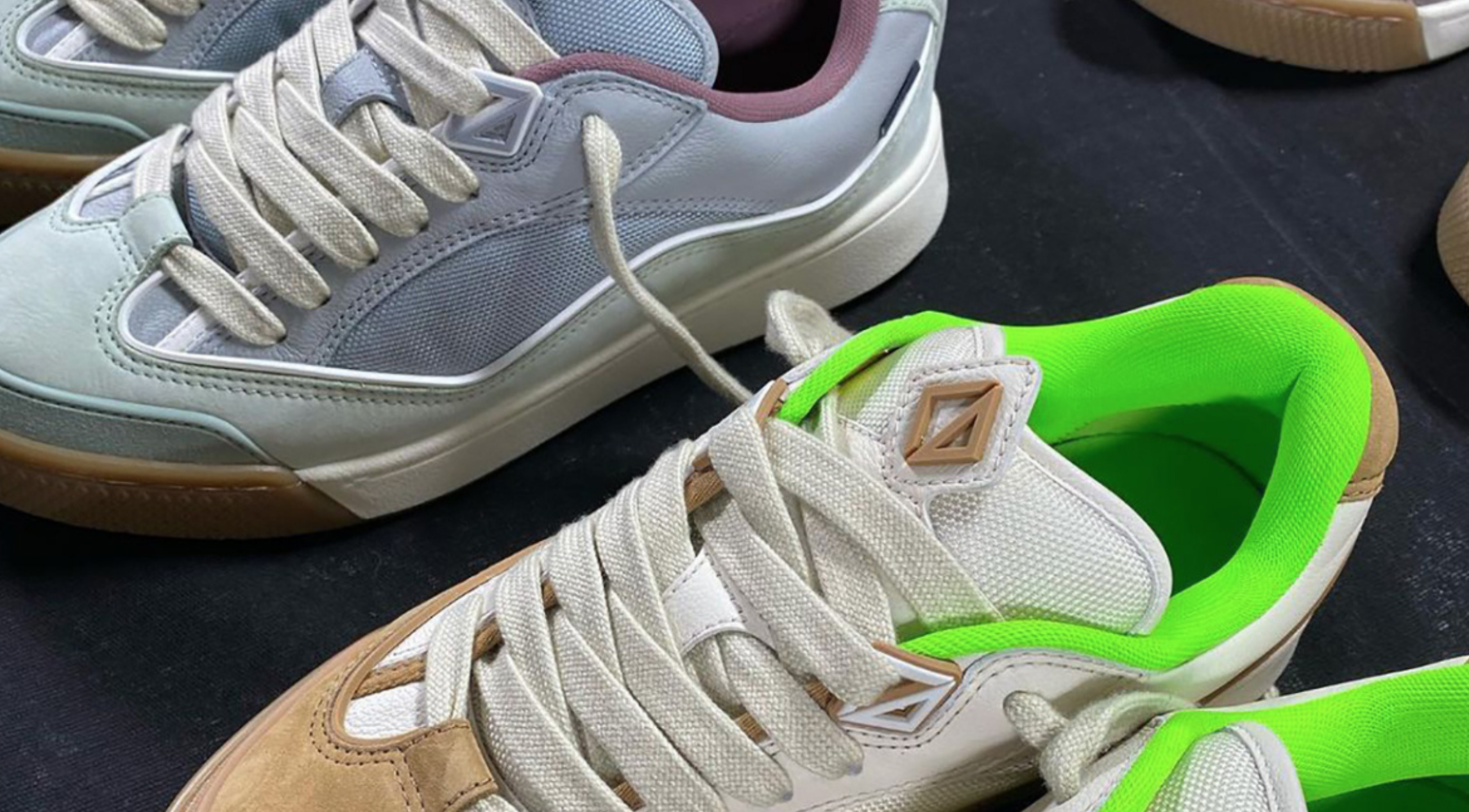 Dior’s blockbuster collaboration with Travis Scott for the Summer 2022 menswear has been highly anticipated, and fans are eager to see how it will hold up against Virgil Abloh x Louis Vuitton’s SS22 collection. This is the first celebrity collaboration for high fashion brand Dior, but for Scott he has long been collaborating with several brands like Nike and Fragment Design. With the Dior x Air Jordan 1 being one of the most hyped sneakers last year, will the B713 sneakers that are part of the Cactus Jack x Dior collection top that? Let’s take a closer look at the details on these upcoming kicks.

Dior’s mens footwear designer Thibo’s Instagram has given us first looks at what La Flame and Kim Jones have been up to on the sneakers front of the collab. The initial images show a low-cut silhouette with semi-thick chunky soles similar to classic ‘90s skate shoes. Several colorways have been revealed at the moment, with many blending different materials.

“High-end, and even couture, has always even been in my metaverse of things I like. And I don’t think there’s even a difference going from McDonald’s to Dior. It’s just the things that I like in my natural state.”

Some of the B713s revealed in the pictures sport premium leather on the collar and eyelets, canvas on the side panels, and a smooth suede on the toe box, mudguard, and heels. The design is then highlighted with hints of colors like mint green and turquoise blue in this pair featured in the image below, to give a fun but subtle color blocking effect.

This other pair that was given a close up feature on Thibo’s Instagram comes dressed in more pastel colors with baby blue, mint, ivory, and maroon to give it an overall soft faded look. The uppers are a blend of leather, mesh can be found on the midfoot, and a smooth suede on the toebox and mudguard.

Branding comes in the form of the diamond shaped “CD” which stands for Christian Dior, found on the top eyelets, tongue, heels, and tab on the lateral side. The other colorways feature the same mixed materials and color blocking, and range from earthy tones to pastel colors. Some interesting ones include a textured snakeskin pattern and another with a pop of neon green

The sneaker world is more than ready for this collaboration, and Summer 2022 just cannot come any sooner. During the SS22 show Scott also teased new music, signalling a busy year ahead for the musician.