From Kanye and Versace, What’s Next For Salehe Bembury? 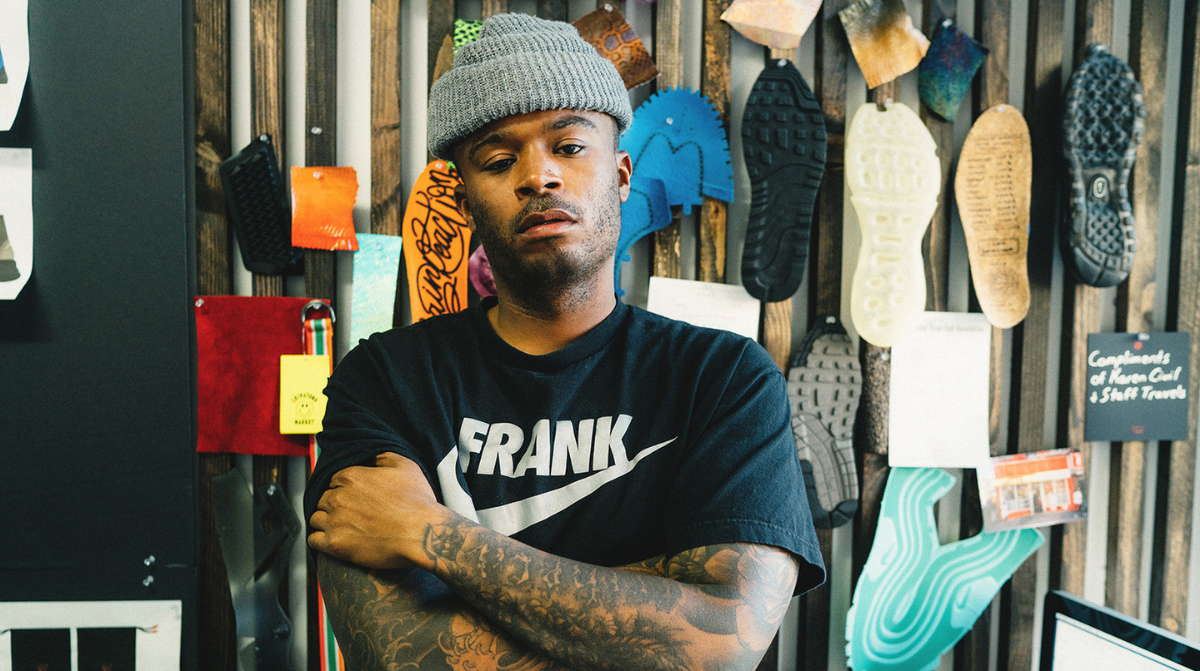 Salehe Bembury is an American footwear designer who is known for his luxurious streetwear style. He was at Versace, and previously worked with Kanye West on the Yeezy project. One of the most sought-after sneaker designers, how did he get to where he is today and what is he up to next?

If there’s a designer you should know, it's Salehe Bembury. An American footwear designer who is known for his luxurious streetwear style, he has inspired sneakerheads and designers alike over the years. He was the vice president of sneakers and men's footwear at Versace and previously worked with Kanye West on the Yeezy project. One of the most sought-after sneaker designers, how did he get to where he is today, and what is he up to next?

Bembury started as an anonymous sneaker designer for Payless Shoesource after graduating from Syracuse University, and currently can’t walk down the street without people recognizing him and asking him for a pair of his shoes or to show him their designs.

“It damn near takes me off guard every time. So when I’m approached, I’m thinking, like, What the hell do you want? And then I’m like, Oh, it’s because of the shoe thing.”

A part of how designers have become more recognized and even part of the brand now is due to the rise of social media. They have become part of the hype and sneaker culture, which is easily discussed in the community and integrated into sneaker marketing. And for Bembury, he was good at both sneaker designing and sneaker marketing, with a knack for social media and knowing how to sell his designs.

From humble beginnings, he worked his way up to Fortune Footwear, Cole Haan where he worked on the famed LunarGrand models, before moving on to work at Greats as Footwear Design Director.  His big break came when Kanye West noticed his designs and offered him a job to work on the Yeezy project through Bembury’s former boss at Cole Haan.

It is unclear which kicks Bembury worked on at Yeezy but it was likely the boots, and West wore his designs everywhere including a fashion show at Madison Square Garden. After he left Yeezy, he sent a LinkedIn message to Versace’s director Dontatella Versace and was flown out to Milan three days later. He was hired immediately on his own terms where he would stay in Los Angeles and flew to Milan once a month.

His contribution to the Versace brand was the Chain Reaction sneaker, where the sole was inspired by a 3D scan of a Cuban-link chain. The sneaker was coupled with Versace’s defining design elements like animal prints and gold filigree.

2022 is stacking up to be yet another exciting year for Bembury, with collaborations with brands like Crocs, New Balance, and Canada Goose. With his previous successful sell-out collab with Crocs, fans are ready for the next installation of his Crocs Pollex Clogs. Once again featuring the signature fingerprint-inspired pattern and co-branded strap, the clogs are set to release on May 24 this year in three colorways of neon green “Crocodile”, lavender “Urchin”, and the white-colored “Stratus”.

The Salehe Bembury x New Balance 574 YURT which will be released as part of the “Universal Communication” collection, will be released in three colorways of “Pink/Blue”, “Black/Grey” and “Aqua Green”. Reimagined in Bembury’s signature sports meet design, which even has a whistle attached to the heel. The sneakers place an emphasis on “outdoor safety and survival” hence its unique design. They were released with a retail price tag of $170 USD exclusively to Pro members on HBX.

Bembury is currently building his own brand called Spunge as the Founder and Creative Director, on top of juggling his numerous collaborations. One of those designers who could easily balance between high fashion and streetwear, he is definitely a name every sneakerhead should know and keep a lookout for.