Most Hyped Sneaker Releases of 2022 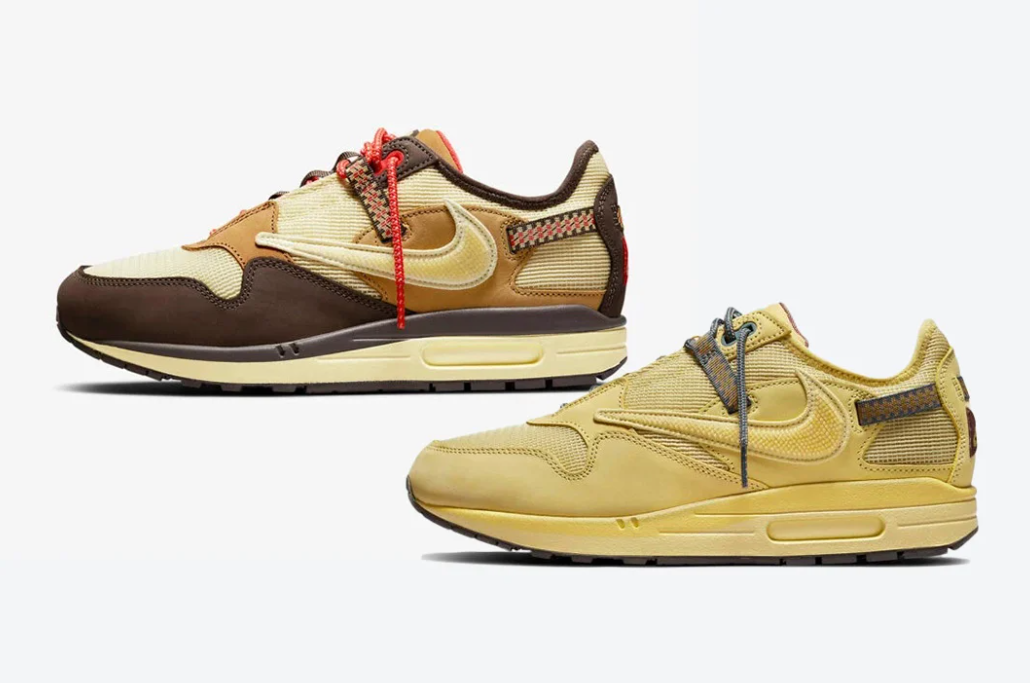 Ox Street has compiled a list of most hyped sneaker releases of 2022 comprising of the hottest kicks to cop this year before it is too late.

We are almost halfway through the year and have seen some noteworthy releases in 2022 that fans have been looking forward to since last year. Ox Street presents a mid-year check on the most hyped sneaker releases thus far and upcoming that you should cop before it is too late.

The Air Jordan 3 ‘Fire Red’ returns in its OG form as the 1988 classic is retroed again this year. Part of the original four releases back then alongside the ‘White Cement’, ‘Black Cement’ and ‘True Blue’ colorways, the bright colored ‘Fire Red’ has always been a cult favorite to cop every time. Its signature shade of red that gives it its name accents the collar, midsole, and eyelets that make this pair pop.

When the ‘Fire Red’ was previously retroed in 2007 and 2013 it was slightly different from the original with black elephant prints and the Jumpman logo on both heels. However, this time round they have stayed true to their original design by featuring the grey on black elephant print and OG Nike Air on the heels which makes this pair extra special and a must-cop. The Air Jordan 3 ‘Fire Red’ is set to release August 6 with a retail price of $210 USD.

It has been an exciting team-up for Union LA with Nike again this year, with not one or two but three collaborative sneakers dropped this year. First up we have the Union LA x Air Jordan 2 that comes in two colorways in ‘Gray Fog’ and ‘Rattan’, The sneakers were released as part of Union’s “Future Now” collection recently in April and were quickly snapped up.

The Union LA x Nike Dunk Low collab celebrates the Los Angeles-based boutique’s 30th anniversary and releases in a three-shoe “Passport Pack” of ‘Argon’, ‘Court Purple’, and ‘Pistachio’. The Dunks feature an outdoor-inspired design delivered in its iconic unique grid-like, textured ripstop nylon fabric and even the Swoosh is not spared.

The Union LA x Nike Cortez releases in a special edition with multiple color options to choose from. Dressed in a textured canvas-like material with suede overlays instead of the usual smooth leather, this model is a staple in LA’s sneaker culture and a perfect choice for Union to reimagine.

The Travis Scott x Nike Air Trainer 1 is set to arrive later this month, in two colorways. One of which features brown tones in Coriander/Ashen Slate/Wheat/Light Sienna while the other that is mostly gray will be in Grey Haze/Olive Aura-Canvas. They were spotted on Scott last month and feature heavy Cactus Jack branding on the tongues, heels, and a thick strap across.

Cactus Plant Flea Market always pushes the boundaries of design, and they have teamed up with Nike to work on the Dunk Low silhouette. The result? A daringly chunky design featuring earthy tones and the most eye-catching detail - a moulded, textured algae green sole that looks like you stepped straight out of the forest.

The shoes are constructed with a quilted, padded material instead of their usual leather uppers. It also comes with an oversized Swoosh that looks painted on as the white spills over just a little into the top of the midsole to give it a rugged look, and yin and yang detailing on the other side. No release date has been announced yet but they are set for the coming months.

The Air Jordan 12 is one of the most durable models of all time performance-wise, and this year it returned with the Air Jordan 12 ‘Playoffs’ that was last seen in 2012. Staying true to the OG, it comes with its signature two-toned colorway in a mixture of black tumbled leather on the tongue and uppers balanced with a white scaly mudguard and soles.

The Jumpman logo is found on the tongue in red with the words “TWO 3” embroidered down the tongue as well. The heel tab sees Jordan banners running down with the Jumpman logo as well, and the number “23” again in Bulls-inspired red on the heel. Initially slated for release during the NBA All-Star Weekend in February, its release date was pushed back to March instead.

Latino reggaeton artist J Balvin first worked with the Jordan brand in 2020 with the Air Jordan 1 High, and returns this year with the J Balvin x Air Jordan 2. The main highlight of the sneakers are their glow-in-the-dark qualities which are found on their outsoles and ball-and-wings insignias found on the tongues. The teaser reveals padded details and a full family-size lineup and is likely to be released soon coinciding with his April tour.

Nike LeBron 9 ‘Big Bang’ was first released in 2012 as part of Nike’s iconic 2012 All-Star collection, and what better way to celebrate 10 years since its release by giving us another chance to cop The King’s space-inspired bright orange sneakers? Intricate details of various shadings of orange cover the uppers that are made up of a blend of woven side panels. Synthetic materials and piping.

The bright colorway is accented with silver found on the Swooshes, heel tabs, and lace stays to really balance it out. Galaxy prints can be found on the insoles, and its tongue also features a ‘Big Bang’ inspired logo design. Its icy blue outsoles are also enhanced with glow-in-the-dark capabilities, paired with a speckled midsole.

Drake and Nike have finally teamed up for his first signature shoe resulting in NOCTA, and the NOCTA x Nike Hot Step Air Terra. These sick kicks have been released in ‘Triple White’ and ‘Triple Black’ colorways in March this year with a retail price of $180 USD.

A blend of functional and sporty aesthetics with a touch of retro, the sneaker is made up of diagonal panels in pebbled leather. Reflective 3M hits give the shoes a futuristic look to it on its lateral and medial walls, as well as the tongue and heels.

Will you be copping any of our top picks for the year so far? Or will the list of sneakers to cop for the year change at the end of the year? Stay tuned for an update as we await more information on sneaker releases for the second half of the year.