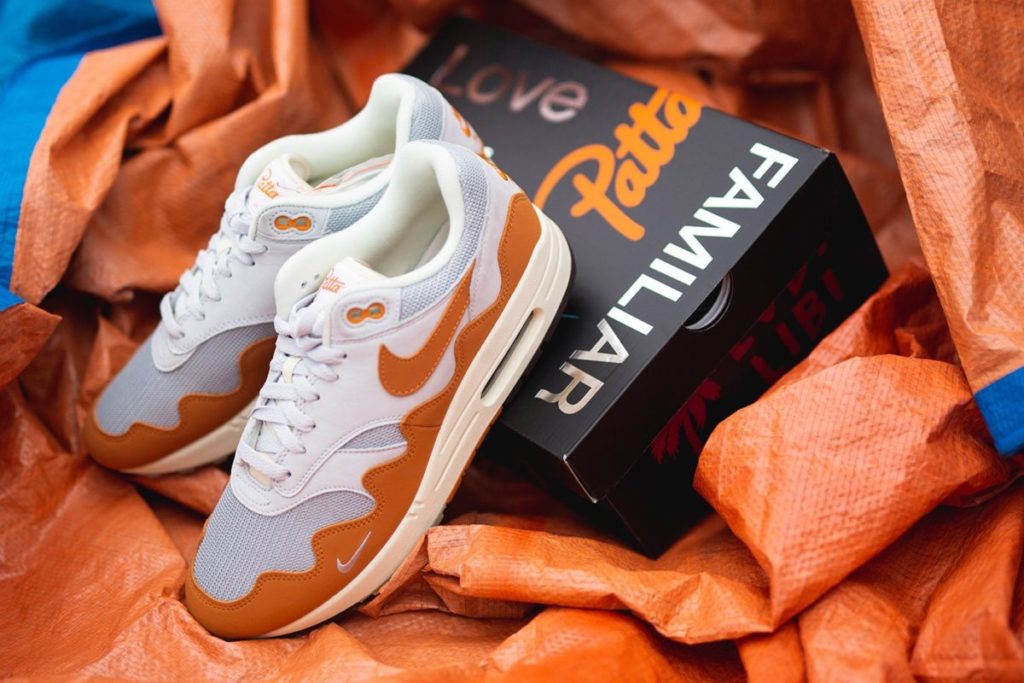 Amsterdam-based brand Patta has collaborated with brands like Nike, adidas, Reebok, Converse, and more. Their most famous collab is probably the Patta x Nike Air Max 1, Ox Street curates which ones you should collect.

Dutch streetwear and sneaker boutique Patta is a familiar name to sneakerheads, known for its collaborations with brands like Nike, adidas, Reebok, Converse, and more. Founded by Edson Sabajo and Guillaume ‘Gee’ Schmidt in 2004, the Amsterdam-based brand started as an online platform importing exclusive items and has come a long way since. Patta’s most famous collabs were probably when they teamed up with sneaker giant Nike, particularly the ones where they worked on everyone’s favorite chunky silhouette - the Air Max 1. Ox Street gives a rundown of which Patta x Nike Air Max 1 releases you should collect now.

The name “Patta” means snake in Surinamese, and the term has been adopted in the Netherlands as well as a general street term for shoes. The brand was named Patta as an ode to the founders’ heritage. They started by curating and importing rare, exclusive sneakers from all around the world and have become an internationally known brand ever since.

What kick-started their partnership with Nike was working on the Patta x Air Max 90 ‘Homegrown Grass’ in 2006, just two years after Patta started out. Paying homage to Dutch streetwear and hip-hop culture, as well as what the country is known for - weed. Its daring choice of bright green suede with tree-leaf detailed leather and perforated nubucks, coupled with its notorious promo video by Habbekrats Reclame, an Amsterdam-based ad agency has made these Air Max 90s one of the most coveted ones out there today.

Patta first worked on the Air Max 1 silhouette on their 5th anniversary in 2009, which resulted in a four-colorway lineup: ‘Purple Denim’, ‘Denim’, ‘Lucky Green’, and ‘Chlorophyll’. These historically celebrated cult favorites lead up to the more recent Patta x Air Max 1 collab in 2021 (which we will talk about later) which makes them on many’s to-cop lists for their influence and historical value, but be prepared to pay quite a bit if you would like to snag a pair.

The Patta x Air Max 1 comes in a mix of suede, mesh, nubuck, canvas, and even denim to create different textures. The Patta x Air Max 1 ‘Chlorophyll’ is known for its white, grey, and bright green colorway, and was a Quickstrike release at selected Nike retailers only. Meanwhile, the white and purple ‘Purple Denim’ was exclusively available at Patta, Amsterdam which makes them extremely rare and expensive on the resale market.

The corduroy and denim really stand out in the darker colored Patta x Air Max 1 ‘Denim’, which comes in a combination of green, black, purple, grey, and a tinge of red. These were also a Quickstrike release, a month after the earlier two models.

The final installment of the 5th-anniversary celebrations was the Patta x Air Max 1 ‘Lucky Green’ to complete the pack. The Air Max 1 features a simple, crisp design of black uppers with white Swooshes and midsoles to complement. The ‘Lucky Green’ comes in the form of the top two eyelets, the tongue tags, and Patta embroidered on the heel. These exclusive kicks were released in December 2009 only at Patta and selected Tier Zero retailers.

With the highly successful Patta 5th anniversary releases, it might seem like a tough one for the brand to beat. But Patta proves us wrong by teaming up with Dutch artist Parra in a threeway collab on the Patta x Parra x Air Max 1 Premium ‘Cherrywood’ one year later. With only 258 pairs of these exclusive burgundy kicks released to the public at a select number of Nike Sportswear retailers in Amsterdam, they are one of the hardest Air Max 1s to get your hands on.

This 2010 colorway comes dressed in a bold Cherrywood Red suede upper, with matching mesh overlays on the toe box and collar. Even though the sneaker is mostly covered in maroon, chenille details on the Swoosh provide textures that make it pop on the sides. Baltic Blue accents are found on the top eyelets and tongue tags to keep things interesting. The laces and midsoles come in white to balance out the bright colors, but what really finishes the overall look is the multi-color outsole characteristic of Parra’s love for bright colors.

At this point, it seems like any Patta x Air Max 1 is bound to be good, as the Dutch retailer revisits the Air Max 1 more than a decade later in ‘The Wave’ series last year. If you are looking for a recent Patta collab to cop, look no further because this is it. While retaining certain signature elements of the 2009 release like the mini Swoosh near the toe, Patta has also given the rest of the shoes a new spin to really make this collab stand on its own. This 2021 release is instantly recognized by the unmistakable wavy edge on the mudguard which gave the series its name.

The Patta x Air Max 1 was released in 2021 in four colorways in 'Monarch', 'Noise Aqua', 'Black' and 'Rush Maroon'. Each came with a commemorative shoebox and silver charm bracelet that features the Patta and Nike logos along with the flag of Suriname, to make this collab extra special. While some resellers have opted to sell the sneakers with the bracelet, others have chosen to keep them for themselves hence the different listings and prices.

Patta has come a long way over the past decade of collaborations, each with a special story behind them. We can’t wait for the next collab the brand has to offer, could it be the rumored new Patta x Air Max 1 colorway to celebrate Air Max’s 35th anniversary this year?