Redemption From Being The Most Hated Jordans 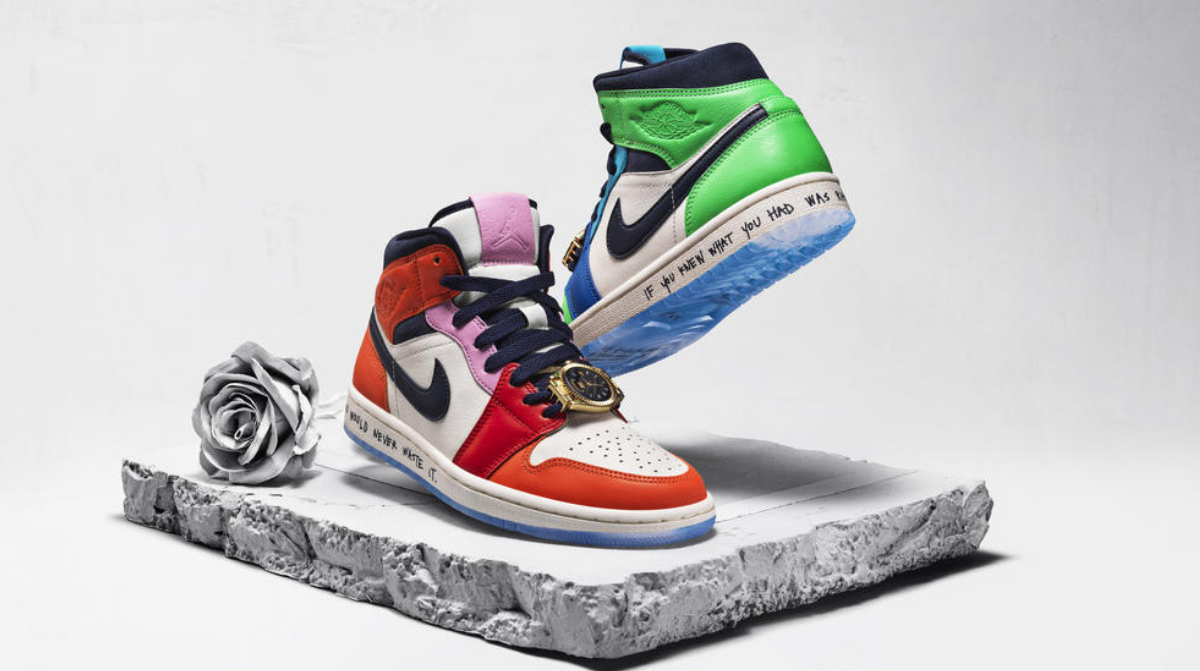 How did the hated Nike Air Jordan 1 Mid that was outcasted by the sneaker community redeem itself make its way back to the hearts of the people?

The Nike Air Jordan 1 Mid is notorious for being one of the most hated Jordans, ridiculed as the “lesser Jordan” compared to its high and low counterparts. In recent years, however, the Mid has redeemed itself and is now beloved by the masses. How did the Mid that was outcasted by the sneaker community make its way back to the hearts of the people? Oxstreet explores the history of the Air Jordan 1 Mid from why it is deemed as a “bad” sneaker for many to how it managed to turn things around.

The Air Jordan 1 Mid is like the middle child in the family and does not get as much attention as the Air Jordan 1 High or Low. One of the main reasons the Mid is not as well-loved is simply because it is not the High or the Low that have become absolute icons that are instantly recognizable. Heck, Michael Jordan himself did not even wear them to play in the games.

When it comes to collecting sneakers, collectors do so for different reasons such as history, hype, and value: to which the High wins the Mid in every aspect. The Mid just simply does not have the same rich history or stories that many sneakerheads look for when deciding whether to cop a pair, even against other mid-cut models like its cousin the popular Air Jordan 3 designed by Tinker Hatfield.

Lesser hype collabs compared to those with celebrities like Travis Scott or designer brands like OFF-WHITE, and a lack of memorable exclusive colorways, the Mid just does not make an impact or compare to its other counterparts. Even their branding differs with the OG Highs having the original “Nike Air” branding on the tongue which gives it historical value while Mids which come later, feature the new Jumpman logo and “Air” below it.

Coupled with lower grade leather and other materials like nylon, nubuck, and suede used in Mids compared to premium leather found on Highs leads to a lower value for Mids and sealed its fate in not performing well in the resale market as well. It is just economics where it is not worth the time and effort to camp on the site for a shoe that will not sell out immediately and does not make much profit in the secondary market. No one really flexes how they managed to cop a Mid compared to if they won a raffle for a High.

The worst is simply because the sneaker community always expect a top-tier Air Jordan 1 Mid would one day come close to the High but it always falls short (pun intended). Unfortunately, the constant comparison of the two silhouettes and “what ifs” has led to some feelings of disappointment and how it is never “good enough”. These feelings have even become part of the sneakerhead community’s culture to hate on the Mid because that is literally how everyone feels.

Why we should give Mids a chance

Are Mids really as its name suggests, really just average or do they deserve a chance? We do see redeeming qualities that have slowly warmed the idea of Mids up to the community, and some pretty sick collabs that fetch a pretty good price on the secondary market as well.

First of all, the most attractive thing about the Air Jordan 1 Mid is how they are bang for the buck and more affordable for a good looking pair of sneakers. Not everyone can afford or get their hands on a pair of Retro Highs, while Mids might be available in the exact same colorway for less and are much easier to cop but still look equally as good.

Mids are also great starter shoes for those who are new to sneaker collecting before they decide to invest in something much more expensive. They are also great sneakers for the casual collector, as they are accessible and easy to match with many outfits with their silhouette and range of colorways available.

Mids have proven to be capable of surprises with some successful kicks that are now worth over a thousand dollars in the resale market. With these kicks not only were they able to create a story, but they have also picked the right collaborators and pumped up the marketing such that it has become a huge success.

The Melody Ehsani x Wmns Air Jordan 1 Mid ‘Fearless’ was part of Jordan Brand’s ‘Fearless Ones’ collection and was launched in November 2019. Its bold color blocking of different bright colors that are mismatched on each side has resulted in a design that conveys the theme of the collection flawlessly. The main design feature is the watch face found on the laces, and the phrase “If you knew what you had was rare, you would never waste it.” printed on the outsole.

Another noteworthy Mid is the Air Jordan 1 Mid ‘Milan’ that was part of a three-piece City Pack. Inspired by Italy’s fashion capital no less, the sneaker features colors and textures that draw from the city’s gothic architecture. The result was a subtle and elegant mix of earthy tones like a light tan color and soft greys with a leather MLN hangtag that gives a notd to fine Italian craftsmanship.

Sneaker culture and tastes are constantly evolving, which is what makes it exciting and we do not know what the next big thing might be. The important thing is to always remember why you started collecting sneakers and simply get what you love. Enjoy collecting or wearing what you actually want, which is what makes the money spent the most worth it at the end of the day. And who knows, if you are a secret Air Jordan 1 Mid collector, one day it might be the next big thing.