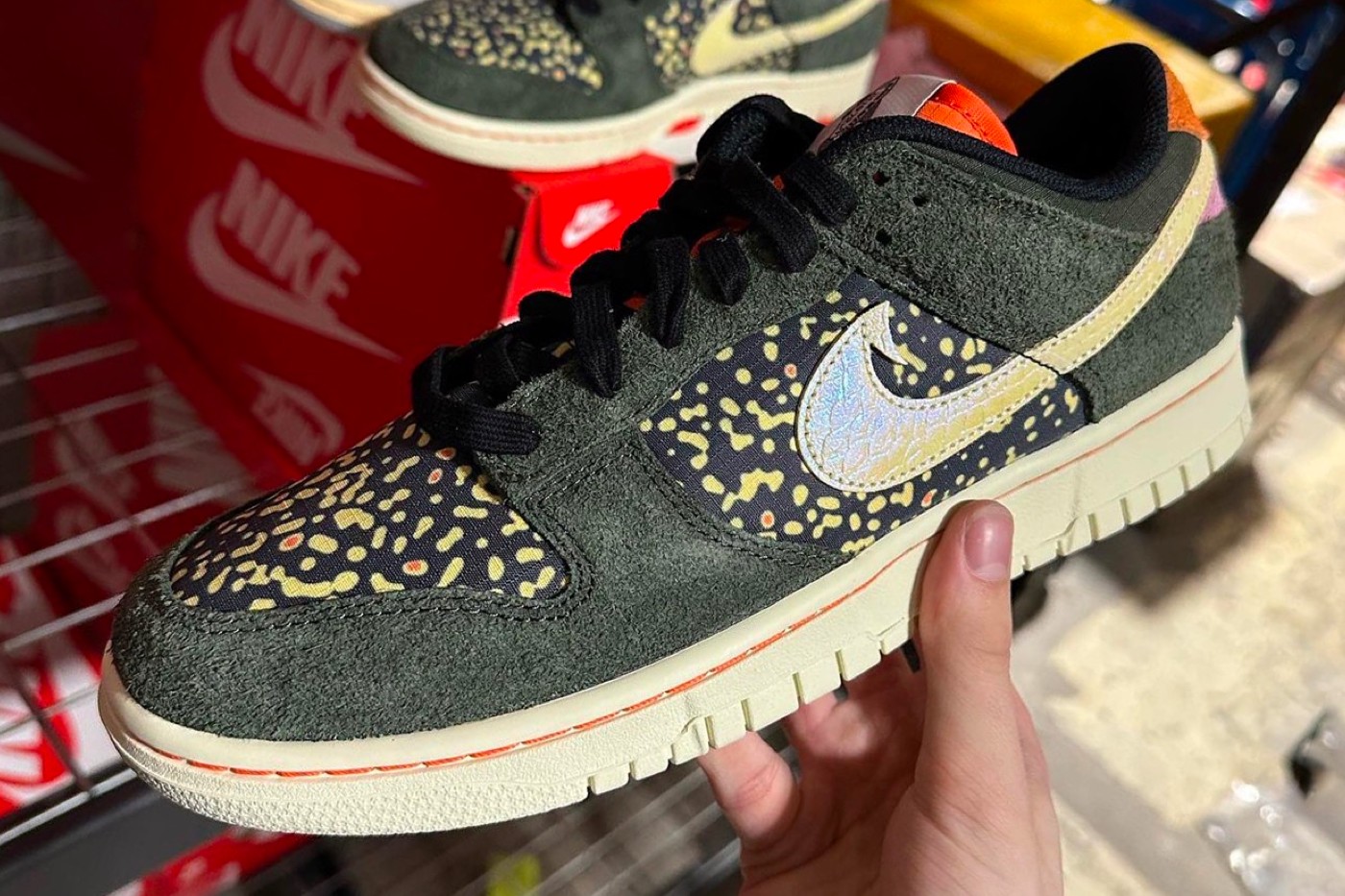 Inspired by the steelhead fish that's often found in the Pacific Ocean.

Since 2020, we've seen hundreds - if not thousands - of brand new Dunk colorways get announced. While some of them, like the "Coast" and the "Panda," like to keep it clean, others, such as the freshly-announced Nike Dunk Low "Rainbow Trout" are as eye-catching as ever. Inspired by the steelhead fish that's often found in the Pacific Ocean in Asia and North America, it's famous for its unique texture and patterning that has been mirrored impeccably on this sneaker.

Working on top of a black ripstop base, yellow and orange speckles make their way throughout for that signature fishy aesthetic. Short-haired suede wraps around the toebox, lacing system, and heel for a premium look and feel, and across the lateral and medial sidewalls you'll find a Nike Swoosh that's decked out in a fish scale-like design. An iridescent finish has been applied to it to mimic the rainbow trout's one-of-a-kind skin.

Rumored to be part of a much wider pack, if you want the Nike Dunk Low "Rainbow Trout" in your collection then keep it locked here to find out everything that you need to know. In other news, the Nike Dunk Low CO.JP just surfaced in a "Snakeskin" colorway.