Back in 1990, the design of the Air Jordan 5 was far beyond the realm of what sneakers were back then. 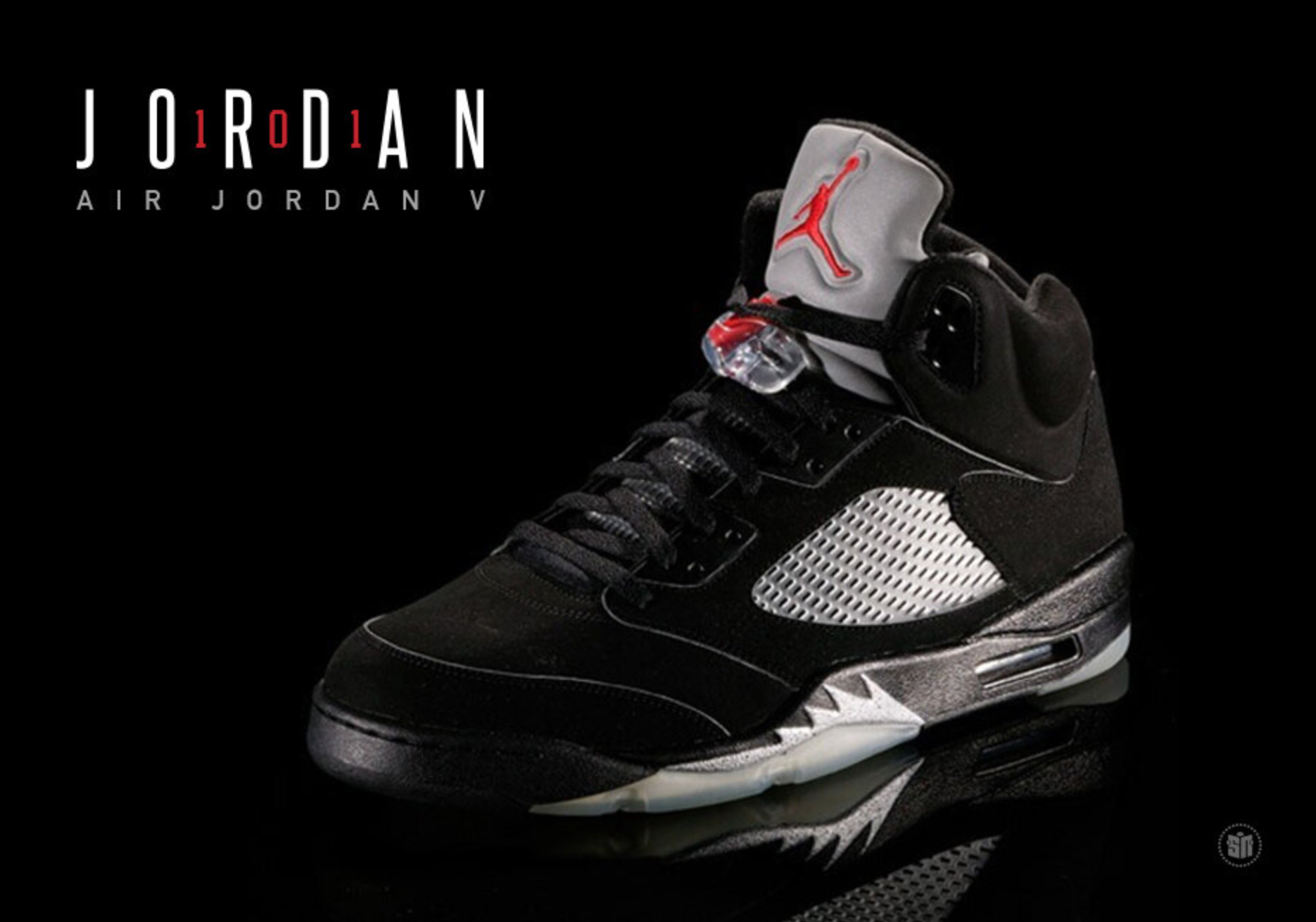 Back in 1990, the design of the Air Jordan 5 was far beyond the realm of what sneakers were back then. Much like the 3s and 4s, Tinker Hatfield displayed his design eclecticism by taking inspiration from various sources. Which is part of the reason why even 30 years later, the 5s remain a top pick for one of the best signature Jordans.

Much like the 3s and 4s, Tinker Hatfield displayed his design eclecticism by taking inspiration from various sources. Which is part of the reason why even 30 years later, the 5s remain a top pick for one of the best signature Jordans. Simple in colorway but bold in aggressive styling, the 5s remain a classic and continue to be dissected and remade in different sectors of the fashion and basketball industry

The Grapes, Fire Reds, Metallics, Laney’s and Raging bulls remain some of the most iconic colorway of the 5s. Each representing a particular story and era in Jordan’s career. Every couple of years, Jordan Brand retros the classic and we were most recently blessed with the Fire Red 5s with the iconic Nike Air on the back. These timeless classics will continue to be grails, even for those who just got into collecting the signature line

When Tinker Hatfield was coming up with the inspiration for the Jordan V, he took Jordan’s way of playing offense into account. Aside from being functional, the aesthetics and design needed to match Jordan’s mindset much like how his previous signature shoes did. Hatfield witnessed Jordan’s biting on-court style and made that the focal point of the V’s design. Inspired by the P-51 Mustang fighter jet, an American-made plane used for air raids in Germany during World War II, Hatfield found the perfect personification of Jordan’s incessant pursuit of dominance. The bomber features cartoonish shark teeth along the barrel of the jet, right by the propeller which can be clearly found on the midsole of the Jordan V. Like the 7s, these were the first signature Jordan to feature a clear outsole and a 3M reflective tongue, which is part of the reason why this sneaker is so distinctive.

The Jordan 5s have touched the hearts of many, even that of a young Virgil Abloh who couldn’t afford a brand new pair back when these first came out. But now, at the forefront of the fashion world, Virgil pays homage to his first love. Previously we saw Virgil’s Muslin colorway of the 5s that had a distressed look that reminded us of the oxidation and age of the now 30 year old sneaker. And now in 2020 we saw the fire red colorway but now made much older. In today’s sneaker climate, the 5s have found a perfect balance between hype and attainability as Nike continues to release both hyped up collabs while also releasing iconic colorways in larger quantities so that anyone who wants a pair of fresh 5s can get his hands on them. The 5s are an awesome treat for any sneakerhead and are sure to dazzle for many more years to come

Now that you are aware of the history and design of the 5s, its time to add it to your collection. Head over to Ox street to grab your grails, no matter which release it may be. For more sneaker news and market drops, remember to sign up as a user on Ox Street, and earn credits when you refer your friends to join our marketplace.

Josyula is a Singapore based bedroom DJ and sneaker collector. He loves all things culture and music, and writes in-depth articles on sneaker culture in Asia.
View our sneaker marketplace