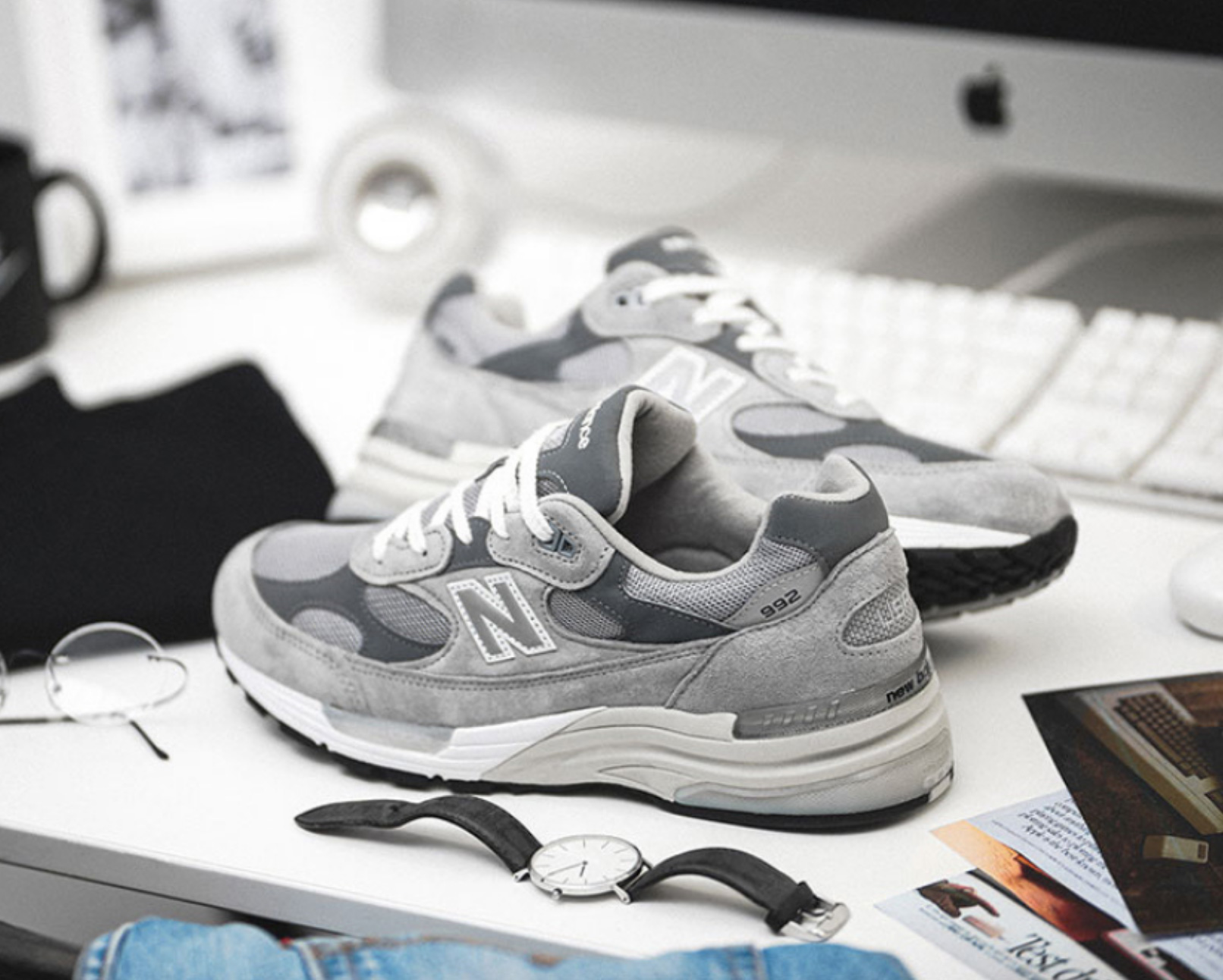 “Dad shoes” have become the hottest aesthetics, yes literally shoes that look like what your dad would wear. With comfort-first designs and chunky silhouettes, they are vastly different from the usual sleek and light designs you see on popular sneakers like Yeezys or Air Jordan 1s. Much like how the Fila Disruptor II have won the hearts of many, the thicc and chonky “dad shoes” rose to popularity in 2018 and has not dipped since, so you might want to have one or two pairs in your closet. If you don’t know where to start, we have picked for you top 5 dad sneakers you can buy now from Ox Street.

It all started with this bulky boi, the Balenciaga Triple S Trainer that revolutionised the world’s opinion of chunky aesthetics. Its iconic triple-layered midsole is a whopping 100mm arch, and the ‘Silver’ colorway shows off a burnished application that gives a worn-in look. The uppers are dressed in grey and silver colored mesh and leather, with gum and red accents on soles. The quarter panel shows the brand’s logo embroidered in maroon on a tan colored piece of suede. While this colorway is one of the more colorful ones, its muted tones makes it a dad shoe but for cool dads only.

The New Balance 992 ‘Grey’ was an instant hit when it dropped in 2006, especially after Steve Jobs of Apple upgraded his New Balance 991 to the 992. The shoes quickly became a staple in every “dad aesthetics” ensemble, and well you can’t go wrong pairing it with a black turtleneck and jeans. The sneakers are made of suede and mesh uppers with a mix of a dark and lighter gray. White can be found on the laces, highlighting the logo, and part of the soles.

Besides Apple’s influence, the New Balance 992 ‘Grey’ was also an important milestone in New Balance’s brand history as it was originally released in 2006 to celebrate the brand’s 100th anniversary. It was also the first New Balance shoe to incorporate ABZORB stability technology, which absorbs impact and reduces stress on the joints. The New Balance 990 has also remained a popular choice as a dad shoe, and the JJJJound x New Balance 992 in ‘Grey’ and ‘Moss Green’ also highly recommended as another option.

When Kanye joined the dad sneakers scene with the Yeezy Boost 700 in 2017, it was a complete 180 change from the usual minimalist adidas Yeezys. Dressed in grey mesh, suede and leather as the base, the Yeezy Boost 700 ‘Wave Runner’ is accented with navy, and bright colors like lime for the laces and orange on the midsole to really make it pop. But what made this pair so different was the huge midsole that combines adidas Boost technology with the Yeezy brand, making it one of the holy grails of dad aesthetics.

When you think of activities dads like to do usually what comes to mind would be golf or tennis. The Air Jordan 1 Centre Court 'White on White' might not be the usual chunky dad shoes aesthetics, but you can imagine dads wearing them while playing their favorite sports. This minimalist take on the Jordan 1 Low is well suited for everyone and not just dads, rendered in a completely white colorway on tumbled leather. The sleek design is inspired by classic tennis silhouettes meets Air Jordan 1, with the highlights being the stitched details adorning the heels.

Though Father’s Day might have just passed if you wanted to buy sneakers for your dad, dad shoes are versatile enough to be an all-year round fashion choice. Get your dad shoes on Ox Street and complete your cool dad aesthetics now!