You Can Now Grab These Grails for Under Retail at Ox Street! 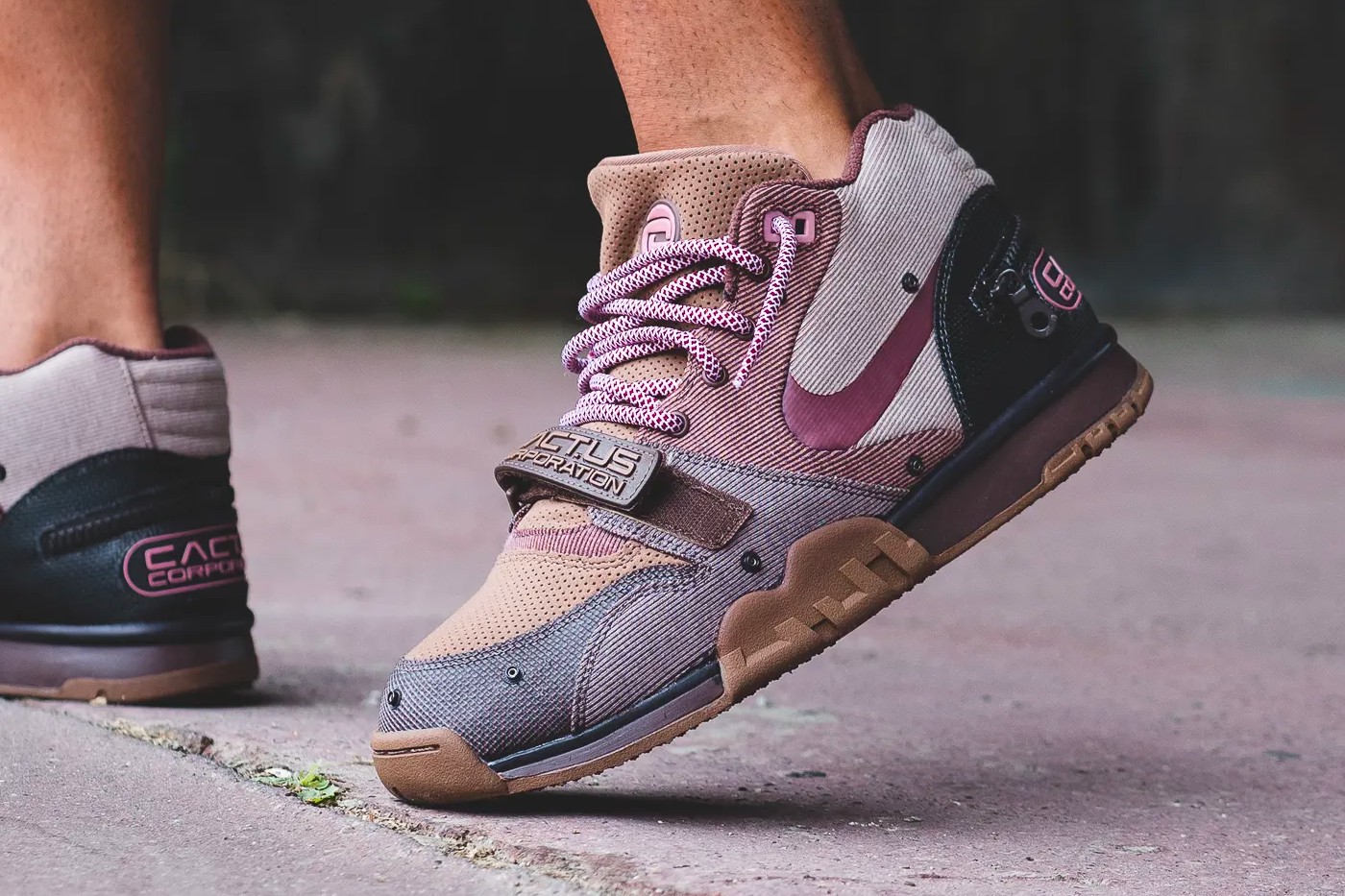 From Travis Scott and fragment design, to Off-White and AMBUSH.

Whether you're a hardcore sneakerhead who has been in the game for over a decade or you've just started collecting, one thing that unites everyone is the feeling of being able to grab a grail for under retail. If you're not sure where to begin, we've made it easier than ever with a dedicated article showcasing some of the hottest and most hyped sneakers that are available for a steal at Ox Street.

From Travis Scott and fragment design, to Off-White and AMBUSH, there's something for absolutely everyone here no matter your personal sense of style or aesthetic, so stop what you're doing and secure your size while it's still available! If you want an even bigger selection, check out our Under Retail page, and while you're here, make sure follow us over on our official Instagram page for the best content that the Asian sneaker community has to offer!

Travis Scott is certainly no stranger when it comes to hyped Swoosh collabs, but the Travis Scott x Nike Air Trainer 1 "Wheat" has got to be one of his most underrated yet. Keeping in line with the Texas-born rapper's earthy aesthetic, this pair comes with so many cool features that you just won't believe it. From a secret stash pocket around the heel to a reverse Swoosh, you'll even find a series of rivets peppered throughout the upper to attach a custom waterproof shroud that comes with the AT1, making these the perfect shoe when typhoon season comes around.

Hiroshi Fujiwara dove straight into the archives to bring back the fragment design x Nike Dunk High "Beijing." Originally released in 2010 as part of the coveted "City Pack," this special colorway represents the Chinese capital through a bold black and purple palette. The Japanese streetwear brand's signature lightning bolt logo adorns the heel, while the midsole underfoot is decorated with a line of code which falls in line with Fujiwara's technical design language. All of this comes packed within a special edition shoebox that's definitely for the collectors out there.

The Off-White x Nike Blazer Low "White" is, no doubt, one of the most unique sneakers that we've ever seen. One of the last projects that Virgil Abloh worked on before his untimely passing in November last year, he has given the classic basketball shoe the biggest overhaul in history. With a series of holes throughout and a zig-zag-lacing system that's a nod to Abloh's "Dear Summer" Dunk collection, you'll even find a crazy futuristic heel piece that looks like it's just dropped off a spaceship. If you're looking for a shoe that's made to turn heads, this is it.

The Air Jordan 1 High OG "Bordeaux" is a future classic and we're shocked that you can buy it right now for under retail. A nod to some CO.JP colorways from the past, it boasts a full leather construction in a wine red and white hue. A "Metallic Silver" Nike Swoosh shoots through the laterals and medials, and of course, you can't talk about these Jordans without mentioning the legendary winged basketball that's finely inlaid in the ankle flap. One of the most versatile AJ 1s in history, secure your size now before it's too late.

Not only is G-Dragon one of the most legendary K-pop icons in history, both as a solo artist and as part of BIGBANG, he also has a massive influence over the sneaker game as well with his PEACEMINUSONE imprint. For the first time ever, Kwon Ji-yong has released his first all-original silhouette in the form of the PEACEMINUSONE x Nike Kwondo 1 "Triple White." A fusion between a modern sneaker and a classic brogue, this unique model combines the best of both worlds. The South Korean brand's signature logo is debossed onto the tongue flap, while a daisy graphic is finely embroidered around the heel.

Three-way sneaker collaborations have always been some of the rarest in the game, so when Brian Donnelly teamed up with Chitose Abe back in 2021 for the KAWS x sacai x Nike Blazer Low "Neptune Blue," you can just begin to imagine the hype surrounding this release. Blurring the line between contemporary art and fashion, it combines KAWS' signature "XX" motifs and playful palettes with sacai's delightfully deconstructed details. Not only are there two tongues on this pair, you'll also find two heels, two Swooshes, and two sets of laces for an aesthetic that is quite literally twice as nice.

The CLOT x Nike Air Max 1 "Kiss Of Death" has got to be one of the most famous AM1 colorways of all time, so you can imagine how shocked we were when we found out that you can still buy a pair for under retail. Originally released back in 2006 to celebrate the opening of China's first sneaker boutique, ACU, the Edison Chen and Kevin Poon creation bridges the East and the West. Inspired by the ancient concept of qi, one of the coolest details on this sneaker are the transparent panels throughout the upper that's unlike anything we've seen before.

How the Air Jordan 1 High OG "Pollen" is still available never mind under retail is a question that keeps us up at night. Arriving in a full leather construction, yellow and black panels clash and complement each other on this Jordan. The signature Swoosh glides through the sides of the shoe, while the world-famous winged basketball insignia is finely debossed onto the collar flaps. This all sits on top of a crisp white Air midsole that offers unparalleled comfort and cushioning both on and off the basketball court.

Yoon Ahn is famous for giving Swoosh classics a wild rework, and the same thing can certainly be said about the AMBUSH x Nike Dunk High "Flash Lime." Taking the '80s silhouette off the basketball court and onto the track, this release has been inspired by motorcycle boots. Painted in a vibrant lime hue, a stark black Swoosh shoots right past the heel of the sneaker. Speaking of which, the South Korean fashion icon has added an AMBUSH-branded counter around the back for a beefed up aesthetic, as well as layered collar design that's reminiscent of racing suits.

And last but not least, we have another CLOT creation in the form of the CLOT x Air Jordan 5 Low "Black." Taking on the low-top basketball shoe, the first thing that you'll probably notice about this Jumpman release are the jade-inspired elements around the lacing system and toggle switch. Paying tribute to Chinese culture, you'll also find the number "23" finely embroidered around the heel in Chinese characters. This also arrives with a special edition hangtag and comes packed in an exclusive shoebox that you definitely don't want to miss out on.